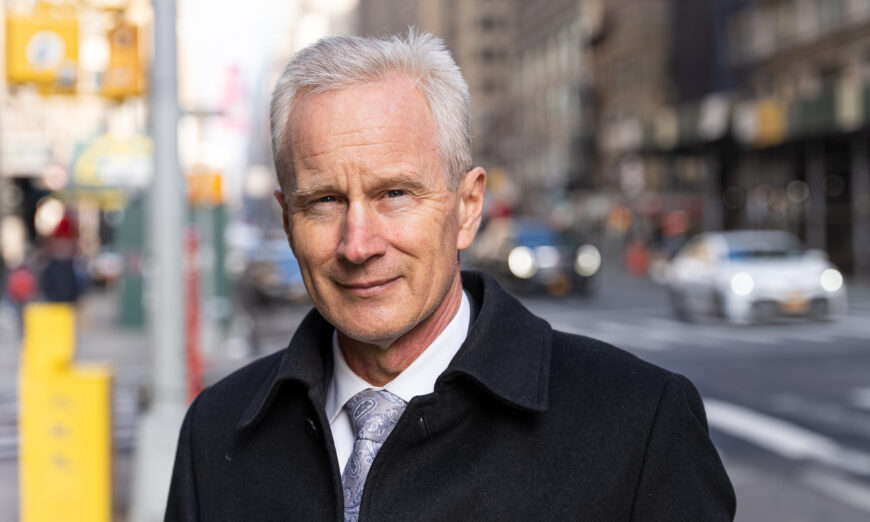 At a conference for medical professionals in Sedona, Arizona this past weekend, several speakers–all physicians–commented on a disturbing trend: an increase in otherwise healthy people dying in their sleep.

Sudden unexplained age-inappropriate deaths seem to be happening more than usual, both in the United States, where these medical doctors practice, and in several other countries in the industrialized world.

Excess death “is a phenomenon all over the world at the moment,” said Dr. John Campbell, a nurse educator who has been meticulously following and commenting on the scientific data for his YouTube channel, which has 2.47 million subscribers.

The data shows that “deaths are 16 percent higher than we would expect,” Dr. Campbell said in a recent video, “and the vast majority of these are not COVID deaths.”

For example, South African actress, Franci Swanepoel, was found dead in her bed on Sunday morning, October 16. She was in the middle of filming a new project. Swanepoel was 50 years old. Her cause of death is not yet known, according to news reports.

Earlier this month, a young dad, Jack Grozier, was also found dead at his home in New Cumnock, Scotland. Just hours before, he had texted his girlfriend to say that he’d talk to her the next morning. Grozier was 23. He leaves behind a one-year-old son, according to the Irish Mirror.

Seventeen-year-old Gwen Casten, whose father is a lawmaker in the state of Illinois, also died in her sleep.

On October 7, 2022, Casten’s family issued a statement on Instagram explaining that their daughter, who had no known health or behavioral problems, died of a heart arrhythmia of an unknown cause.

“She had just come home from an evening with friends, went to bed and didn’t wake up,” the statement read.

Dr. Peter McCullough, a cardiologist who is board-certified in internal medicine and cardiovascular disease, who presented at the conference, said that when people—especially young people—die in their sleep the underlying cause is often myocarditis.

Myocarditis, which is inflammation of the heart, can lead to irregular heart rhythms that can be lethal without immediate treatment.

Dr. McCullough pointed to a “state-of-the-heart review” done by an international team of cardiologists published in the journal Biomedicine & Pharmacotherapy this May. According to this study, many heart issues are being reported post-vaccination, with myocarditis being the most common. “While myocarditis is the highest reported cardiovascular ramification, other serious complications are also being increasingly reported,” the scientists wrote.

A Surge of Catecholamines

Though it may seem counterintuitive, Dr. McCullough said that sudden deaths that happen during sleep are biochemically similar to the sudden deaths during or just after vigorous exercise.

The reason people die seemingly inexplicably in their sleep, Dr. McCullough explained, is sometimes because of a surge in catecholamines during the end of the sleep cycle. This natural biochemical change is the body’s signal to wake up.

Catecholamines are hormones that are made by the adrenal glands. They are released into the body in response to physical exertion or emotional stress. But they are also released during sleep, just before waking, as a signal to the body and the brain that it is time to get up.

These catecholamines can increase our heart rate, blood pressure, and breathing rate, among other things.

In the body there are three catecholamines: dopamine, epinephrine, and norepinephrine. A surge in catecholamines, whether it happens during sleep or during exercise, can stress the heart and cause it to beat arrhythmically, Dr. McCullough said.

If a young person’s heart has been damaged, by an infection, vaccination, or for any other reason, the surge of catecholamines can be lethal. This is the reason, McCullough said, that people seem to die in their sleep. They’re really dying just before dawn.

After a careful review of the peer-reviewed scientific literature (to which he has also contributed several studies as a lead or co-author), Dr. McCullough said that the sudden and unexpected deaths we are seeing in young people are most likely from undiagnosed or asymptomatic vaccine-induced myocarditis.

“We have now learned that roughly half or more of cases [of myocarditis] are initially asymptomatic. That means the young people don’t know they have myocarditis,” McCullough explained. “So, a scar is being formed in the heart, but they have never been told not to exert themselves and many are involved in athletics and all different types of activities.”

During a catecholamine surge—whether a result of rigorous exercise or part of the normal wake-up process—this undetected vaccine-induced myocarditis can be fatal, Dr. McCullough said.

These were also the findings of an analysis published in the journal Archives of Pathology & Laboratory Medicine earlier this year, which was led by a pathologist, Dr. James Gill, from Yale School of Medicine in New Haven, Connecticut. The study’s team of three medical doctors autopsied two teenage boys who died just after getting the second dose of the Pfizer-BioNTech COVID-19 vaccine.

They found that the post-vaccine myocarditis had “features resembling a catecholamine-induced injury, not typical myocarditis pathology.” The same study cites other research that showed that myocarditis is rarely the cause of deaths due to COVID-19 infections.

“Understanding that these instances are different from typical myocarditis … may help guide screening and therapy,” the researchers concluded.

Excess deaths not explained by COVID-19 infection started to show up in death claims to insurance companies in 2021.

Scott Davison, chief executive of OneAmerica, a major insurance company based in Indianapolis, told an online news conference on Dec. 30, 2021, that his company was seeing “the highest death rates [they] have seen in the history of [the] business.”

Davison said that death rates had climbed 40 percent and COVID-19 fatalities didn’t explain the bulk of the increase. The people dying were under 65, which was unusual, since COVID fatalities were heavily tilted towards those 65 and older.

“It may not all be COVID on their death certificate, but deaths are up in just huge, huge numbers,” he said.

According to Dr. McCullough, the most scientifically responsible assumption by our regulatory agencies must be that the unusually high number of excess deaths occurring in the United States and other countries since the roll-out of COVID-19 vaccines are caused by the vaccinations themselves.

A link between these vaccines and the excess deaths should be the assumption unless a different cause is clearly identified and there is proof that the deceased was not vaccinated, Dr. McCullough said.

“So, when we develop new products, when there is a death that occurs after the use of a new product, a safe stance is that it’s due to the new product, unless proven otherwise.”

But heart issues caused by the COVID-19 vaccines may not become apparent for many weeks or months after vaccination.

In November of 2021, a team of scientists in the Department of Pediatrics at Seattle Children’s Hospital, which is affiliated with the University of Washington, published a study in the Journal of Pediatrics that showed a definitive link between mRNA vaccines and heart problems in adolescents, research which has since been confirmed by over half a dozen other studies and case reports.

The University of Washington team found that myocarditis and pericarditis emerged in patients aged 12 to 17 years of age who presented with chest pain within one week after the second dose of the mRNA vaccines.

These patients were found to have higher than normal levels of troponin in their blood. Troponin is a type of protein found in the heart muscles. When it is present in the bloodstream it can be a marker of heart failure.

The same team of scientists published a follow-up study in March of 2022, also in the Journal of Pediatrics. Their follow-up study examined a group of young people, ages 12 to 17, who had been diagnosed with heart inflammation after the second dose of the Pfizer mRNA vaccines, they found that nearly 69 percent of the patients continued to have abnormal heart findings on their cardiac magnetic resonance imaging, even eight months following vaccination and in the absence of other clinical symptoms.

This finding, the scientists wrote in their discussion, “is an indicator of cardiac injury and fibrosis [scarring] and has been strongly associated with worse prognosis in patients with classical acute myocarditis.”

Dr. McCullough finds this March 25, 2022 study, which was led by Dr. Jenna Schauer at the University of Washington, deeply disturbing.

“But what we understand with myocarditis is that it may take several months for the scar to form, and the papers by Jenna Schauer show this,” Dr. McCullough said, adding that children can have a relatively “substantial scar.”

He went on: “So, I would conclude as a cardiologist that the abnormal rhythm could certainly go into effect four months, six months, eight months, twelve months after the scar is formed in the heart.”

The sudden death of a young person who is ostensibly healthy and dies unexpectedly in their sleep or during exercise, even up to eight months after being vaccinated, McCullough said, may actually be from undiagnosed myocarditis that happened as a result of the COVID-19 vaccines.

Dr. McCullough urged parents to be open about whether their children took the COVID-19 vaccine. The easiest way to prove a sudden and unexpected death, especially among young people, is not related to the injections, he said, “is for the families to come forward and say that they didn’t take the vaccine. Then that’s been ruled out.”

However, Dr. McCullough continued, “When families are quiet, and nothing is said, either they did or didn’t take the vaccine, I think it’s safe to assume they took the vaccine.”

Dr. Angelina Farella, a pediatrician in private practice in Webster, Texas who also spoke at the Sedona conference, explained that she began treating adults suffering from COVID-19 when her medical colleagues refused to help them.

Dr. Farella said that she is very concerned about the heart issues in young people she and her colleagues are seeing clinically and reading about in the scientific literature.

These days, however, heart issues among children and young adults who have taken the COVID-19 vaccines are common enough that Dr. Farella said she will no longer sign routine sports physical forms without doing a full blood work-up on her patients to check for signs of cardiac decline.

This includes testing for troponin in the blood as well as D-dimer levels (a simple blood test used to rule out the presence of blood clots).

Though some families in her practice are upset by the extra step, Dr. Farella insisted that the extra testing is crucial to keeping children safe.

“I just want to reassure myself and that family that they have the safest and best possible life ahead of them,” Dr. Farella said.