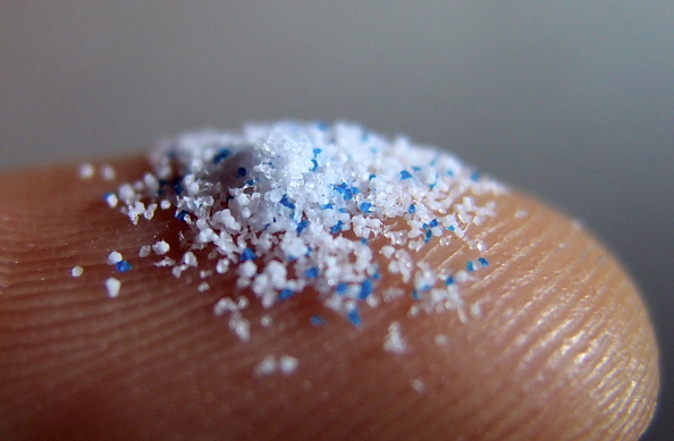 Microplastics have been detected in rice, an Australian research paper has found.(Joker/Alexander Stein/Getty Images)

A new study has detected microplastics in human breast milk for the first time, sparking concerns over the potential toxic effects and health impact they may have on infants.

Researchers in the study found microplastics composed of polyethylene, polyvinyl chloride (PVC), and polypropylene with sizes ranging from 2 to 12 micrometers in the breast milk of women.

The majority of MPs are unintentionally released into the environment during the disposal and breakdown of larger plastic products or industrial waste, although they are also deliberately manufactured and added to products like exfoliating facial scrubs.

Researchers in the study took breast milk samples from 34 healthy new mothers who were lactating a week after giving birth in Rome, Italy. Their milk was then analyzed by Raman microspectroscopy, which found MPs in 26 of the 34 women.

The researchers recorded the women’s consumption of food and drink in plastic packaging and of seafood, as well as their use of personal care products containing plastic compounds.

However, they did not find any significant relationship between the two, which they said suggested “that the ubiquitous MP presence makes human exposure inevitable.”

The researchers pointed to a previous study they had conducted in 2020 that found microplastics in human placentas and said that this discovery, coupled with the latest findings of MPs in human breast milk, “represents a great concern since it impacts the extremely vulnerable population of infants.”

“In fact, the chemicals possibly contained in foods, beverages, and personal care products consumed by breastfeeding mothers may be transferred to the offspring, potentially exerting a toxic effect,” the study authors wrote.

“Hence, it is mandatory to increase efforts in scientific research to deepen the knowledge of the potential health impairment caused by MP internalization and accumulation, especially in infants, and to assess innovative, useful ways to reduce exposure to these contaminants during pregnancy and lactation,” researchers added.

Valentina Notarstefano at the Universita Politecnica delle Marche, in Ancona, Italy, told The Guardian that it is crucial to find ways for pregnant women to reduce exposure to these contaminants, both during pregnancy and breastfeeding.

However, she pointed to the advantages of breastfeeding, which she said outweighed the disadvantages caused by the presence of polluting microplastics.

“Studies like ours must not reduce breastfeeding of children, but instead raise public awareness to pressure politicians to promote laws that reduce pollution,” Notarstefano said.

“We would like to advise pregnant women to pay greater attention to avoiding food and drink packaged in plastic, cosmetics, and toothpaste containing microplastics, and clothes made of synthetic fabrics,” Notarstefano added.

The latest findings come after a separate study published in the American Chemical Society in September 2021 found that babies could have at least 10 times more microplastics in their bodies than adults.

Researchers in that study noted that infants crawl around on carpets that typically contain transferable microplastics.

Earlier this year, scientists at Hull York Medical School in England also found microplastics deep in the lungs of living humans for the first time.

That study found that polypropylene and fibers of polyethylene terephthalate (PET), the chemical name for polyester, were the most prevalent forms of plastic found in the lungs.