How Cancer Deaths From the COVID Jabs Are Being Hidden 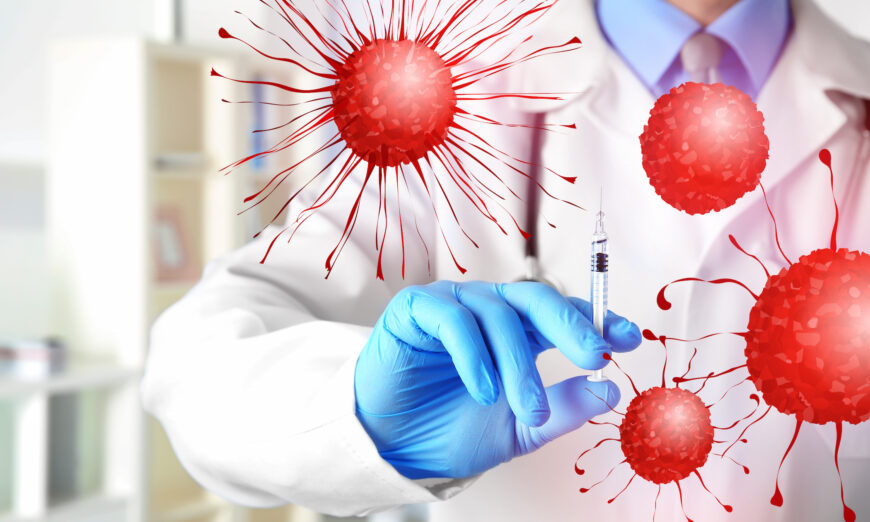 After the rollout of the COVID jabs in 2021, cancer patients have gotten younger, with the largest increase occurring among 30- to 50-year-olds. (Africa Studio/Shutterstock)

The fact that tumor sizes have become dramatically larger since 2021, patients are younger, and recurrence and metastasis are increasing should be front-page news, but you’re hearing nothing about it. Why is that? This former intelligence officer and strategist believes he knows why.

In a series of Twitter posts, The Ethical Skeptic — self-described as a former intelligence officer and strategist — has laid out a series of charts illustrating how cancer deaths are being mislabeled as COVID deaths.

The suspicion is that this is an effort to hide the fact that the COVID shots have resulted in soaring cancer rates. The Ethical Skeptic also takes a deep dive into the data in “Houston, We Have a Problem, Part 1,” on TheEthicalSkeptic.com.1

As noted in his article, seven out of the 11 International Classification of Diseases (ICD) codes tracked by the U.S. National Center for Health Statistics — including cancer — saw sharp upticks starting in the first week of April 2021.

“This date of inception is no coincidence, in that it also happens to coincide with a key inflection point regarding a specific body-system intervention in most of the U.S. population,” The Ethical Skeptic notes.2 In other words, April 2021 was when large swaths of the American population were getting their first COVID jabs.

Cancer Diagnoses on the Rise

The following graph, highlighted on Dr. Jennifer Brown’s Substack,3 illustrates the cyclical wave pattern of cancer diagnoses, from January 2015 and October 1, 2022. As noted in the top-right text box:

“We should be at or near a seasonal nadir. Instead we are at an all-time CA [cancer] excess, and heading up. Keep in mind there is substantial lag to CA reporting, so this likely under-represents true excess.”

At no point during the past seven years have we seen this rate of new cancer diagnoses. Are the COVID shots to blame? Probably, unless we can identify another widespread environmental factor or exposure that was introduced to the population, en masse, in early 2021, that didn’t exist before.

According to The Ethical Skeptic’s analysis of U.S. Morbidity and Mortality Weekly Report (MMWR) data, the U.S. Centers for Disease Control and Prevention has been filtering and redesignating cancer deaths as COVID deaths since Week 14 of 2021 to eliminate the cancer signal.4

The following two charts, posted on Twitter October 1 and 2, 2022, illustrates how cancer mortality is being artificially suppressed. As explained by The Ethical Skeptic:5,6

“This results in 20% of all COVID deaths each week, also happening to be persons dying of Cancer — which is egregiously higher than it should be. This is clear over-attribution = equates to exactly the difference between the Cancer and All Other ICD-10 code lag curves.”

The problem facing the CDC, is … What does one do when COVID Mortality is no longer substantial enough to conceal the excess Cancer Mortality?”

So, to rephrase, what The Ethical Skeptic is saying is that 20% of the weekly so-called COVID deaths are actually cancer deaths, which is rather astounding. But swapping the underlying and main causes of death, listing COVID as the main cause, hides (to some degree) the fact that cancer deaths are going through the roof.

According to his analysis, the COVID shot is killing 7,300 Americans per week. COVID, meanwhile, is killing 1,740 people.7 So, what will the CDC blame when COVID disappears and they can no longer swap the underlying and main cause of death designations?

Uncontrollable turbo-charged cancers the medical establishment had never seen before only started to occur after the rollout of the COVID jabs.8 Data from the Defense Medical Epidemiology Database (DMED), exposed by attorney Tom Renz and Sen. Ron Johnson (above), showed cancer rates among military personnel and their families basically tripled after the rollout of the shots.9

As you may recall, within days of the DMED data being revealed, the database was taken offline, allegedly to “identify and correct” a supposed data corruption problem, and when it came back, the data had been altered to hide these glaringly obvious safety signals.10

In the video above, Swedish pathologist, researcher and senior physician at Lund’s University, Dr. Ute Kruger, describes the changes she has personally observed in the wake of the COVID shots. For example, she’s noticed:11,12

These “turbo-cancers,” as Kruger calls them, cannot be explained by delayed cancer screenings due to lockdowns and other COVID restrictions, as those days are long gone. Patients, despite having access to medical screenings as in years past, are showing up with grossly exacerbated tumor growths, and she believes this is because the cancers are being “turbo-charged” by the mRNA jabs.

Dr. Ryan Cole has also discussed the explosion of cancer (see video below). He believes the shots are primarily accelerating already existing cancers, by way of immune dysregulation.13 He noticed that cancers that could normally be controlled and kept in check, giving the patient several years of quality life, once they got the COVID jab, the cancer would suddenly grow out of control and rapidly lead to death.

Data Are so Corrupted, Will We Ever Get to the Truth?

The sad reality is that most data sources have at this point been so corrupted, it’s unlikely we’ll ever be able to get the whole truth. The CDC started manipulating the data in 2020 and hasn’t stopped. DMED, which has historically been one of the best and most pristine, has now been modified. Other data sources have suffered the same fate.

It’s beyond egregious, and data modelers like The Ethical Skeptic show just how bad the situation is. The idea that the CDC is massaging statistics to hide clear danger signals is appalling and unethical in the extreme, yet that’s what we’re seeing. The question is, why do they go to such lengths to protect such a lethal product? Your guess is as good as mine.