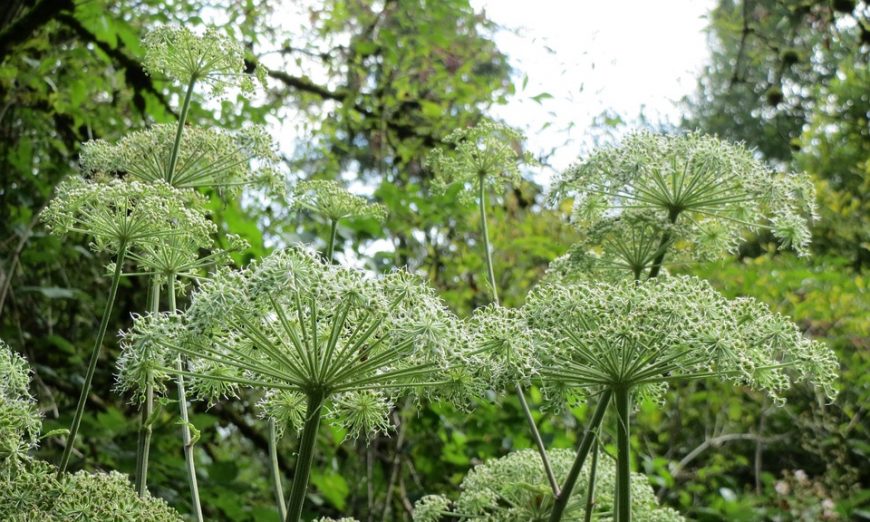 Dong quai is one of the most famous herbs in traditional Chinese medicine. Sometimes called “female ginseng,” its thick, brown roots are best known for treating PMS, painful periods, and other issues exclusive to women. But men can use it too for other health complaints.

This plant is found at high altitudes throughout the Far East. At first glance, dong quai’s white umbrella-shaped flowers look like Queen Anne’s lace. The plants are related, both belonging to a family that includes fennel, carrots, and celery.

Dong quai has been used as a medicine and food for at least 2,000 years. Any way you spell it (dong quai, tang-kuei, or danggui), the name means “state of return” or “return to health” in Chinese. It’s a reference to the herb’s ability to rejuvenate the body.

The name comes from a Chinese folk tale. According to legend, a young man once vowed to abandon his home soon after he got married. This wasn’t his wife’s idea, of course. Other men in the village had called his masculinity into question. To demonstrate that he was tough and worthy of respect, he decided to go live in the mountain wilderness for a while. As he laid out his plan for temporary hermit-hood, he instructed his new bride to remarry if he was gone for more than three years, because he figured that by then he would probably be dead.

Three years came and went, and the lonely, grieving wife followed her husband’s advice and took another husband. Soon after the wedding, however, the first husband returned from the wilderness. The wife was so overcome with guilt and remorse, she fell ill. As luck would have it, her first husband had brought back a previously unknown plant from his mountain journey. The wife made a medicine of the root and her health was restored.

In Chinese medicine, the main functions of dong quai are to nourish the blood and qi (vital energy); strengthen the heart, lung, and liver meridians; and improve circulation. This makes dong quai a good remedy for anyone who is frail and stagnant.

Dong quai is a very nutritious root full of many vitamins and minerals. Its high iron content makes it a good remedy for anemia.

Chinese medicine has a fair share of foul-tasting herbs, but dong quai actually has a good flavor. One of the most popular cooking herbs in China, dong quai’s sweet and spicy character can be found in chicken soup, and in the Cantonese dish dong quai duck, a recipe that combines chopped poultry in a ginger, cinnamon, dong quai, and rice wine broth. Stew it for an hour and serve it to someone who looks pale, cold, and weak.

Dong quai has been used in China for thousands of years to treat painful and irregular menstruation, improve fertility, and relieve menopausal symptoms. Drug giant Merck was the first to market a dong quai extract (and later pills) to Western women in 1899 with a product called Eumenol. Today, dong quai is a favorite herb of millions of women around the world.

Dong quai’s action has been somewhat baffling to researchers. Its effects suggest that it influences estrogen, but scientists have been unable to prove significant estrogenic effects. It has been shown to stimulate the uterus, but it has also been shown to relax it, depending on how it’s prepared.

In animal studies, dong quai’s success at fixing menstrual problems is a mixed bag: Some trials show an effect, while in others it performs no better than a placebo.

How is it that an herb revered for so long has such tepid results in modern research? Perhaps because dong quai is rarely used alone in Chinese medicine. Dong quai is a team player, and the herb appears in many classic formulas used to treat everything from psychosis to psoriasis. In fact, dong quai is found in more Chinese formulas than all other herbs except licorice.

In Chinese medicine, doctors don’t just treat symptoms; they also aim at the underlying imbalances. From this perspective, menstrual pain is merely the result of liver qi stagnation. One example of dong quai in an ensemble cast is the classic formula “free and easy wanderer” (xiao yao). This is a very common prescription used to treat menstrual pain, along with other symptoms of a rigid liver: constipation, chronic anger, and poor digestion.

Dong quai is found in formulas used to treat weakness, infection, and metabolism problems. Combined with astragalus root, it is used to strengthen kidney function. A topical dong quai cream is used to treat premature ejaculation.

In China, a dong quai preparation is injected into acupuncture points to relieve pain. An excellent tonic for the circulatory system, dong quai has been shown to increase blood volume, red hemoglobin and blood cell count, and inhibit plaque formation.

The botanical name for dong quai is Angelica sinensis. It is a close relative of the European herb Angelica archangelica (a name that comes from a folk tale about an angel telling a monk how to use the plant to cure the bubonic plague), and the American native Angelica atropurpurea. All of these plants have similar properties, but dong quai is considered best suited for hormonal problems.

Although dong quai is generally considered a safe nontoxic herb, there are times when you might want to steer clear. Women with heavy periods are cautioned to avoid it since it may increase bleeding. Those who take blood-thinning medications may have problems, too. Pregnancy is the top contraindication, but some formulas that contain dong quai are used in pregnancy, albeit at the hands of a qualified herbalist.

Dong quai is an easy herb to find, available in pills, tinctures, and teas. You can even find dried root slices in Asian grocery stores. However, to get the most out of dong quai, consult a Chinese herbalist who can prescribe a formula best suited to your particular imbalance.