COVID-19 Vaccine Injury, Syndrome Not a Disease: FLCCC Conference Shares How to Treat It 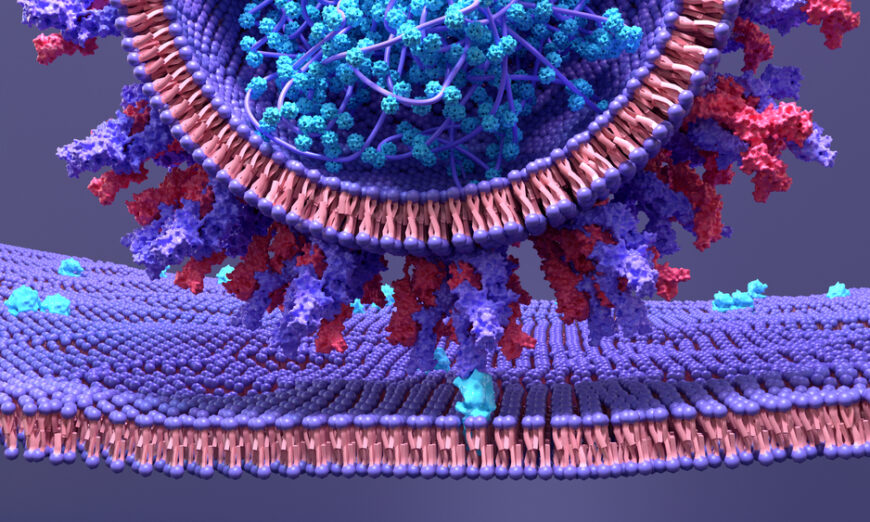 The complex myriad of symptoms in people suspecting of COVID-19 vaccine injury has been given a new name and an extensive treatment protocol:

Several international doctors were also in attendance, including physicians from Australia and the Philippines.

Endocrinologist Dr. Flavio Cadegiani from Brazil, was both an attendee and a presenter. The conference was preceded by a sold-out networking dinner the night before, and was met with fervent enthusiasm by the attendees.

Post-vaccine injury syndrome is “a multi-system syndrome … it’s not a disease,” Marik said. The condition does not fit a disease model, and therefore rather than targeting the symptoms, the entire body must be treated holistically.

Since the two conditions are both driven by the same stimulus, there is a high degree of overlap in mechanism and symptoms, often affecting multiple tissues and organs.

The spike proteins are small enough to travel in blood vessels. They are highly inflammatory, with strong evidence of autoimmunity and crossing the blood-brain barrier, and therefore can trigger disease in a host of systems and organs.

“Believe it or not … the average number of symptoms reported is 23,” said Marik.

However, because most patients complain of an extensive list of symptoms not found in any disease, “[patients] will go to the doctor with all these complaints … and the doctor will say it’s all in your head,” said Marik.

Marik said that many patients are thus referred to psychiatric specialties rather than physicians who understand and can treat their disease.

“The vaccine-injured are vast,” said Kory, “the numbers are massive … they are underserved and their needs are not being met.”

While some medical practitioners have complained to The Epoch Times about having ivermectin prescriptions monitored, naltrexone is a drug not on the radar.

Research has shown that in low doses naltrexone could reduce inflammation, which is a main driver of spike protein disease, and also reduce common symptoms including brain fog and neuropathic symptoms.

Though these drugs are highly effective, Marik, Kory, and many doctors encouraged personalized and patient-focused medicine where dosage and regimen are adjusted based on the patient’s symptoms and needs.

Each strategy implemented combinations of different drugs and treatments.

Based on the patient’s symptoms, he would prescribe different treatments. For example, a patient complaining of blood clotting would be given anticoagulants, and one complaining of chronic fatigue may be prescribed drugs to improve mitochondrial action.

Autophagy is a natural cellular process where old cell parts are broken down and reused, which could help to clear out spike protein from the body.

Recommended lifestyle changes include intermittent fasting, where a person fasts for at least 16 consecutive hours, and sleep.

Drugs that stimulate or increase autophagy include spermidine, resveratrol, and ivermectin.

Many alternative treatments were also discussed to improve cell repair and reduce inflammation.

Dr. Paul Harch focused on hyperbaric oxygen therapy, a repair treatment where a person is exposed to pressurized air that contains a higher concentration of oxygen.

Harch has been using this therapy to treat chronic wounds, including long-time brain injuries, by reducing inflammation.

In 2017, Harch co-authored a paper on reversing brain injury in a drowned toddler. After 40 sessions of hyperbaric oxygen treatment with Harch, her brain injury made a near-reversal.

Research has shown that increases in oxygen concentration reduces inflammation, and an increase in pressure increases inflammation. A balance between oxygen and pressure can reduce the action of inflammatory cytokines and boost wound repair.

Harch added in Q&A that oxygen therapy can help with brain damage from lack of oxygen at birth.

“It’s still an old wound that’s there, and all of this treatment we’ve done is on chronic wounding,” said Harch.

“I totally do this, but I wrote a book years ago … the conclusion of the book is that you cannot trust the medical profession at the institutional level to do what’s right for you.”

Ozone, which is usually not found at normal atmospheric level, improves energy production.

Ozone carries three oxygen atoms rather than two, which is what is typically found in oxygen molecules. Since the mitochondria use oxygen to make energy, having an extra oxygen atom can improve energy production and alleviate fatigue.

Marik said that the FLCCC’s first conference is a first step in their mission to rebuild the healthcare system back to personalized, patient-focused medicine—which is also the center of their treatment approach when it comes to spike protein-induced diseases.

“What we started is a new approach to medicine that is an alternative healthcare system,” said Marik, “The current one is a complete and utter failure. They’ve been lying to us; they’re corrupted they’re not interested in your health.”

“We’ve now recognized we have to do this ourselves; we can build something better, and I think this is the first step of our mission.”

Marik and Kory expect future conferences will be held, with the earliest expected in 6 months.

Epoch Health will publish a series of articles detailing several of the treatments discussed at the conference.

A recording of the conference will be made available for purchase on the FLCCC website.