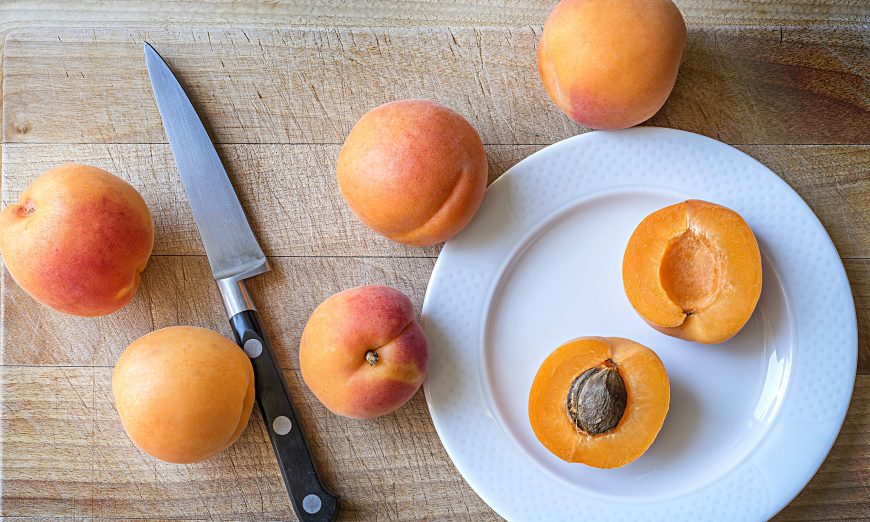 Crack open an apricot pit and you’ll find a seed that looks, smells, and tastes a lot like an almond. Apricot kernels are used to flavor the Italian liqueur amaretto (a name that means “bitter love”). They are also an important herb in Chinese medicine and are known as “xing ren” (bitter apricot seed).

Like other oily nuts and seeds, xing ren has a lubricating quality that has been used for centuries to address hot and dry conditions at both ends of the body. Xing ren’s most common use is to treat dry lungs with a chronic cough, but it is also used to relieve constipation.

A dry mouth, sore throat, dry skin, and laryngitis are ailments that benefit from a bit of apricot kernel.

A dry mouth, sore throat, dry skin, and laryngitis are other ailments that benefit from a bit of apricot kernel.

One of the key components of xing ren is a chemical called amygdalin, which research has shown can reduce the incidence and severity of coughing and function as a mild laxative.

Lots of other plants contain amygdalin, such as almonds, peach pits, apple seeds, lima beans, and cashews, but apricot kernels are by far the richest source.

Despite its medicinal qualities and its almond-like charms, apricot kernels are an herb to use with caution. When amygdalin breaks down in the body, it produces a small amount of hydrocyanic acid or cyanide—a highly toxic substance. If you consume too many kernels, it could cause nausea, vomiting, coma, and even death.

The Tale of Vitamin B17

So why would anyone want to consume a bunch of apricot kernels in the first place? Some evidence suggests that amygdalin treats cancer.

The cancer-fighting potential of amygdalin was first investigated in Russia in the 1840s, and in the United States in the 1920s, yet it was determined to be too toxic for general use. But Dr. Ernst T. Krebs (1911–1996), an American biochemist, was convinced that amygdalin was a viable treatment. Krebs considered cancer a nutritional deficiency and rebranded amygdalin as ” vitamin B17″—believing he had found the vital nutrient that could cure it.

Krebs called for high doses of B17 in his anti-cancer regimen—doses much higher than those prescribed in traditional Chinese medicine. In an effort to offset the poisonous nature of this so-called vitamin, Krebs’s son created a semisynthetic amygdalin drug known as Laetrile in the 1950s.

In 1963, the U.S. Food and Drug Administration (FDA) banned the drug, yet its cancer-fighting reputation continued to attract attention. Laetrile treatment clinics soon sprang up over the border in Mexico where the drug is still legal today.

The FDA claims that Laetrile offers false hope since there is little evidence to suggest that it’s effective in treating cancer, but some say the medical establishment never gave it a fair trial.

The 2014 documentary “Second Opinion” discusses a Laetrile cover-up at the Sloan Kettering Cancer Foundation in the 1970s. According to whistleblower testimony, the cancer foundation buried evidence from one of its own scientists—Dr. Kanematsu Sugiura—who showed that while Laetrile didn’t cure cancer, it might stop it from spreading.

While debate over Laetrile rages on, the story of vitamin B17 has given rise to a practice that experts on both sides say is unsafe: treating cancer with large doses of apricot kernels.

Amygdalin is thought to treat cancer in a fashion similar to chemotherapy—both are poisonous to human cells, but with strategic use, they hopefully kill the cancer before they kill you.

However, a 1981 clinical trial investigating Laetril at the Mayo clinic found that while some cancer patients demonstrated near lethal levels of cyanide in their blood, none saw any improvement in their disease.

Laetril is available in tablets and as an injection (the Mayo clinic tried both in its trial). While neither method proved effective, studies have demonstrated that it is much safer to take by injection. That’s because when taken by mouth, bacteria in the gut break down the drug into cyanide, exposing healthy tissue to the poison. An injection avoids processing in the gut, so the poison can better target cancerous cells.

This means that eating large quantities of amygdalin-rich apricot kernels also exposes us to poison. Yet for those who believe a medical conspiracy is depriving them of an essential vitamin, this fact may be tempting to ignore.

Several websites recommend eating seven to nine apricot kernels a day as a cancer preventative, and up to 40 a day for those treating a pre-existing cancer. One website promoting apricot kernels states that talk of toxicity “is just another urban myth the medical establishment has conjured up to scare you from seeking the truth and using all-natural and inexpensive natural cancer treatment methods.”

“There are other agents that also have promise in the prevention of cancer that don’t have the potential to kill you the way apricot kernels do,” Moss said in a press conference for “Second Opinion.” “If you ate a whole bag of apricot kernels, you’d die. And we don’t know what the cutoff point would be for any individual in terms of how many would be safe.”

Previous estimates have suggested that about 50 apricot kernels constitute a lethal dose for an adult (small children are in danger with just 10), but you can get really sick on a lot less.

A traditional prescription for a cough is to make a tea from a few crushed seeds.

A recent study from the European Food Safety Authority assessing the risks of apricot kernels on human health concluded that an adult who eats less than half of a large kernel could exceed the safe level. For toddlers, just half of one small kernel could pose problems.

The Chinese have known for centuries that eating too much xing ren is a bad idea. A traditional prescription for a cough is to make a tea from a few crushed seeds. Higher doses are discouraged, and extra caution is advised with children. The traditional antidote for a xing ren overdose is a tea made from the bark of the apricot tree.

Some sources point to the people who live in the Hunza region of northern Pakistan as proof of apricot kernels’ cancer-fighting powers. Apricots are an important crop to the people of this region, but there are stronger theories as to why the Hunzakuts enjoy such good health that have been given much more serious consideration.

The people of Hunza may crack open an apricot pit for a little treat after eating the fresh fruit, but the trend of snacking on a bag of raw apricot kernels in an effort to obtain a questionable vitamin is a very recent phenomenon known mostly in the West.

In May 2016, the U.K. government’s Food Standards Agency (FSA) issued a warning over the growing apricot-kernel health craze.

“We advise that bitter apricot kernels including the powdered forms should not be eaten. This is because a naturally occurring substance in the kernels changes—after people eat the products—to cyanide,” the FSA states.