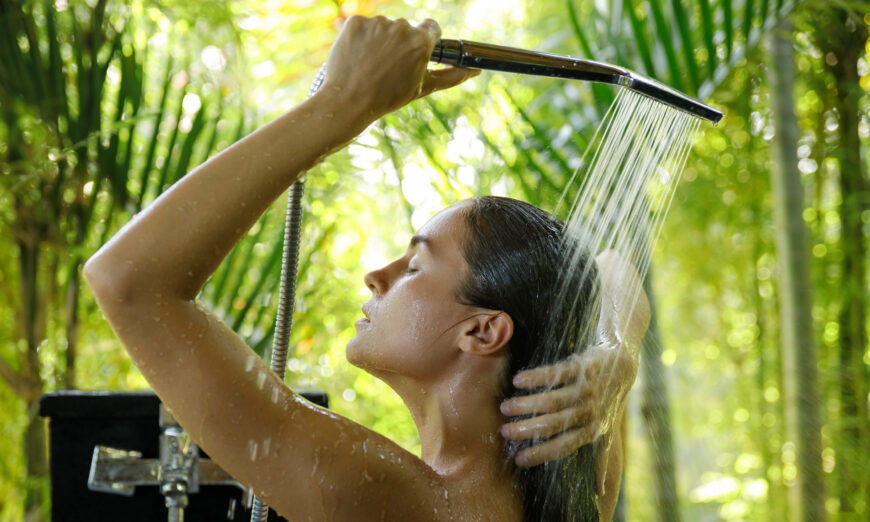 Gradually adjusting from hot to cold showers is recommended. (BLACKDAY/Shutterstock)

How many of us can actually say that we take regular cold showers? If you’re from a colder climate, the number is likely to be even less. However, cold showers and baths have a long history in many cultures, and for good reason. Vincenz Priessnitz, a farmer in the 1920s, developed and marketed a medical treatment he called hydrotherapy.

He sold the concept of using cold water to cure a long list of aliments, and achieved almost instant success. As the 20th century moved along however, the popularity of hydrotherapy began to decline and falter when medical professionals began to rely more on drugs to treat illnesses and the luxury of hot showers began to increase. However, the use of hydrotherapy as a viable medical treatment never completely stopped. Here are 10 of the many reasons why:

Cold showers are sometimes touted as a preventative tonic for colds, flu, and infections. An experiment in Prague studied the effect of cold water immersions on athletic young men. They immersed themselves in water at 14°C (57°F), three times a week for six weeks. Among many changes, they saw increased levels of two types of white blood cells: monocytes and lymphocytes. While certain lymphocytes are instrumental in eliminating bacteria, viruses, and toxins, monocytes are indirectly responsible for the engulfing and consuming of pathogens and foreign materials.

Researchers believe that the increased metabolic rate, which results from the body’s attempt to warm itself up, activates the immune system and releases more white blood cells in response. Therefore, it is reasonable to assume that people who take regular cold showers are less likely to develop colds, flu’s, and even some forms of cancer.

Good blood circulation is vital for overall cardiovascular health. Alternating between hot and cold water while showering, is an easy way to improve circulation. When exposed to cold water, our arteries and veins constrict or tighten. This process is called “vasoconstriction”. The temporary tightening helps blood to flow at a higher pressure as now there is less space for the blood to flow. This meaning circulation will improve.

“Vasodilation”, the opposite effect, and is done when we are exposed to heat. The natural tendency of the body when it is exposed to cold is that your blood rapidly circulates to your vital organs to keep them warm, hence increasing your over all blood circulation. Why should you be conscious of having good circulation? Well, it prevents such problems as hypertension, hardening of the arteries, and the appearance of varicose veins. Good circulation improves the performance of your system and thus help looking and feeling better.

Cold showers provide a gentle form of stress that leads to thermogenesis (internal generation of body heat), which in turn activates the body’s adaptive repair systems. If you suffer from chronically cold hands and feet, or feel that you sweat an abnormal amount, try a cold shower.

Brown fat, as opposed to white fat is heavily involved in burning energy. Exposure to cold naturally stimulates the production of these brown fats. These cells burn glucose to try and produce as much heat energy as possible. Having a higher amount of brown fat leads to more energy being burned per second and therefore, more weight is lost.

As a result of the increased brown fat levels, and the increased blood pressure and body temperature, chemical reactions in the body will happen faster than they would have without regular cold showers. An increased metabolism is what a lot of people seek for because it means that any process in the body will become more efficient; meaning more weight loss will be seen and more growth/repair of muscles and otherwise will be seen.

Depression is yet another thing that cold showers can help and prevent. Research at the Department of Radiation Oncology at Virginia Commonwealth University indicates that cold water has a stimulating affect on the brains “blue spot”, the main source of noradrenaline for our bodies. Noradrenaline is a chemical that might be used to help alleviate depression.

Critically Important and All but Ignored: Lymphatic Flow

The lymph relies on the contraction of muscles. This contraction squeezes the lymph up to the thoracic duct so that the lymph can mix with the blood and then be dealt with by organs. Cold showers cause whole-body contraction and this works excellently with the lymph system, squeezing the fluid up through the body. If the lymphatic system is compromised and not efficient, then the fluid pools at faraway places (usually the feet). This results in what is known as lymphedema (a type of edema).

What you will notice as an effect of cold showers is that you begin inhaling very deeply. This is to try and combat the stress of the shock, the vasoconstriction and the overall need for oxygen to respire and keep oneself warm. This process opens up the lungs much like strenuous physical exercise does and results in a higher average intake of oxygen, which is good for many things like not feeling tired during the day and doing better at sport or other exercises. Hydrotherapy is also scientifically proven to improve chronic obstructive pulmonary disease (COPD).

It is well known that hot water dries out our skin and hair. On the other hand, cold water can make our hair look shinier and our skin look healthier by tightening cuticles and pores, preventing them from getting clogged, thus reducing blemishes like acne. Cold water also contributes to detoxification which results in the squeezing of toxins and waste products out of the skin.

This detoxification has a good effect on the skin which appears more clean and young. Additionally, the cold water closes the cuticle which makes the hair stronger and prevents dirt from easily accumulating within our scalp. Stronger hair, of course, prevents hair from easily falling out and it helps in slowing down overall hair loss.

There are plenty of mental benefits to ending your shower with cold water. The ancient samurai warriors used to pour buckets of cold river water on their heads every morning in a Shinto practice called Misogi. This was a purification ritual on a spiritual level. They believe that it cleansed their spirit and helped start a fresh new day.

A cold shower can definitely leave one feeling invigorated and energized. The heart starts pumping, and the rush of blood through the body helps shake off the lethargy of the previous night’s sleep. Additionally, while there are not many studies to confirm, many people swear that cold showers are a definite stress reducer.

Cold water showers have the ability to increase hormone production and activity by giving the body’s glands a boost. For example, cold showers can be of great benefit to the reproductive system when trying to conceive a child. A man’s testes are not meant to get too hot; that’s why they hang outside of a man’s body. Sperm counts decrease when the temperature of a man’s testes increases. In fact, experiments done in the 1950s showed that hot baths were an effective contraceptive. Men who took a 30 minute hot bath every other day for 3 weeks were infertile for the next six months.

More recently, the University of California at San Francisco did a study with men who were exposed to 30 minutes of “wet heat” (hot baths, saunas and such) a week. When the men cut this exposure out, their sperm count went up by 491%, and their sperm’s motility improved as well. While switching from a hot to cold shower may not have as dramatic an effect, if you’re trying to reproduce, it surely won’t hurt. Furthermore, it has been said that cold water therapy helps regulate the endocrine system (including the adrenals and thyroid).

Gradually adjusting from hot to cold showers is recommended. For many, a drastic change in temperature would be too much a stress to their body. Push yourself to step outside your comfort zone, while at the same time listen to what your body can handle. A great way to implement cold showers into your daily routine is by turning the water to cold for the last 30 seconds to a minute of your shower.

Give it a try and see what benefits you experience. Who knows, maybe the secret to the fountain of youth is hidden within cold showers.

2. Adapted cold shower as a potential treatment for depression – pubmed 17993252

Jordan Miller
Follow
Jordan and Kyla are passionate about health; together, they have overcome many illnesses through dietary and lifestyle changes, and the art of practicing a positive mindset daily. Kyla is currently studying to become a Registered Holistic Nutritionist and Reiki Master, and Jordan is currently learning about traditional North American medicinal herbs, in hopes of becoming a Certified Herbalist. You may visit www.guidinginstincts.com

Kyla Miller
Follow
Jordan and Kyla are passionate about health; together, they have overcome many illnesses through dietary and lifestyle changes, and the art of practicing a positive mindset daily. Kyla is currently studying to become a Registered Holistic Nutritionist and Reiki Master, and Jordan is currently learning about traditional North American medicinal herbs, in hopes of becoming a Certified Herbalist. You may visit www.guidinginstincts.com
SHARE
Friends Read FreeCopyFacebookTweet
SHARE
Friends Read FreeCopyFacebookTweet
You May Also Like