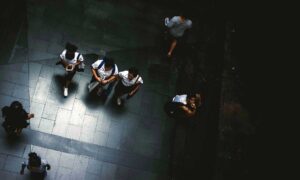 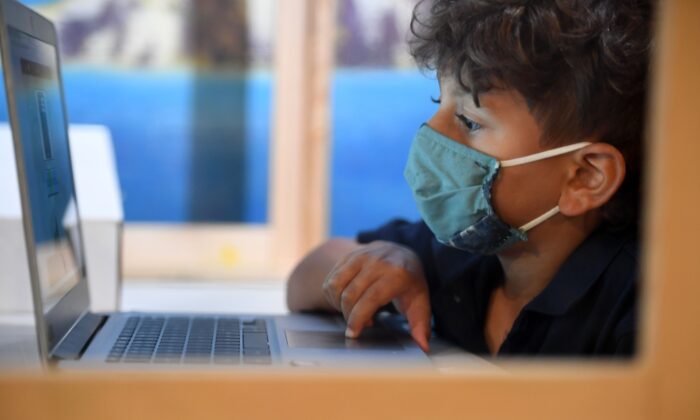 Health of Children Receiving Virtual Learning May Be Worsening: CDC

Children learning remotely or in a hybrid setting are more likely to experience worse emotional and mental health, as well as less movement, time spent with friends, and being outside than children who go to school, according to a recent study by the Centers for Disease Control and Prevention (CDC).

“Virtual instruction might present more risks than does in-person instruction related to child and parental mental and emotional health and some health-supporting behaviors,” the researchers said, adding that children “might need additional support to mitigate pandemic effects.”

Prior to the pandemic, more than 8 million children between the ages of 3 and 17 suffered from a behavioral or mental health condition, according to the National Survey of Children’s Health (pdf). Anxiety, behavior disorder, and depression were the most common conditions.

Parents of children learning remotely were more likely to report worsening emotional or mental well-being of their kids (24.9 percent) than parents whose children received in-person learning at school (15.9 percent). But reports of anxiety and depression were similar in children in all three learning models, highlighting the importance that schools play in providing mental health services for children.

Researchers of a different study published in the Journal of School Health found that 35 percent of adolescents accessed mental health services “only in an educational setting,” based on data from a 2012 to 2015 National Survey on Drug Use and Health.

Parents also reported on their mental and emotional well-being, including concerns over difficulties in child care arrangements and job stability.

The researchers said that parents of online learners “more frequently reported their own emotional distress, difficulty sleeping, loss of work, concern about job stability, child care challenges, and conflict between working and providing child care than did parents whose children were receiving in-person instruction.”

Some of the limitations of the findings include the small sample size and response rate possibly affecting how applicable it is to the population as a whole, and the results not representing all children aged 5 to 12.

More schools across the country are having students return to five days per week of in-person learning, while still offering virtual learning for students who wish to continue with that model.