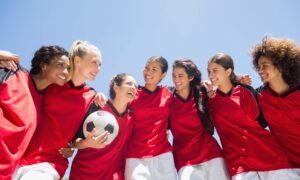 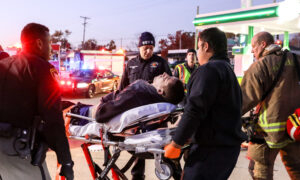 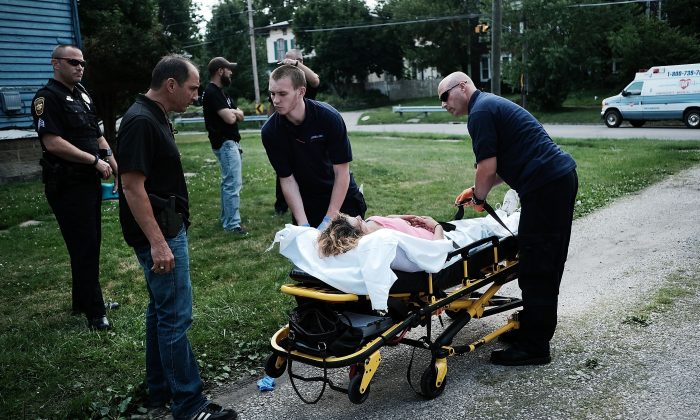 Medical workers and police treat a woman who has overdosed on heroin in Warren, Ohio, on July 14, 2017. (Spencer Platt/Getty Images)
AMERICA

Health Experts Say Pandemic Could Lead to 154,000 ‘Deaths of Despair’ Due to Substance Abuse, Suicide

Well Being Trust study calls it an epidemic within the pandemic.
By Tom Ozimek
Print

Health experts warn that as pandemic-driven hardship puts added strain on the mental health of Americans, tens of thousands of lives may be lost due to outbreak-fueled drug or alcohol abuse and suicide.

Public health group Well Being Trust, in a new study published on May 8 (pdf), states that the COVID-19 outbreak could lead as many as 154,037 Americans to die additional “deaths of despair.”

“Deaths of despair have been on the rise for the last decade, and in the context of COVID-19, deaths of despair should be seen as the epidemic within the pandemic,” the study’s executive summary said.

The authors of the report determined nine different scenarios for how the outbreak of COVID-19, the disease caused by the CCP (Chinese Communist Party) virus, could play out and impact Americans. They estimate that additional deaths of despair amid the pandemic could range from 27,644—which assumes a quick recovery and therefore the smallest impact on unemployment—all the way up to 154,037. The worst-case scenario would be driven by a slow economic recovery and have the biggest impact on unemployment.

The most likely outcome, according to Well Being Trust, is that an additional 75,000 Americans will die “deaths of despair” due to the pandemic.

Battering the U.S. economy, COVID-19 shutdowns and the destruction of demand erased a staggering 20.5 million jobs in April, the steepest plunge in nonfarm payrolls since the Great Depression.

The unemployment rate spiked to 14.7 percent last month, according to the Labor Department’s monthly employment report, released on May 8. The previous post-World War II jobless rate record was 10.8 percent in November 1982.

“Unemployment during the Great Recession (December 2007–June 2009) was associated with an increase in suicide deaths and drug overdose deaths,” according to the study, whose authors noted that their estimates of additional pandemic-related deaths were based on historical and scientific research.

Well Being Trust’s chief strategy officer Dr. Benjamin F. Miller told CNN that the figures presented in the study are estimates and that actions taken could change the number of deaths.

“Unless we get comprehensive federal, state, and local resources behind improving access to high quality mental health treatments and community supports, I worry we’re likely to see things get far worse when it comes to substance misuse and suicide,” Miller said.

Miller emphasized that the data is just a projection, and that actions taken could change the number of deaths.

“We can change the numbers—the deaths have not happened yet.”

He said “healthy community conditions” are preconditions for improved mental health and well-being.

“These are uncertain times, unprecedented. Unfortunately, for too many, this uncertainty may lead to fear, and fear may give way to dread,” said Jack Westfall, director of the Robert Graham Center.

“We try to provide as much certainty as possible to shed some light on our path,” he said. “We must also make our relationships certain, regardless of the uncertain facts and figures of the day.”