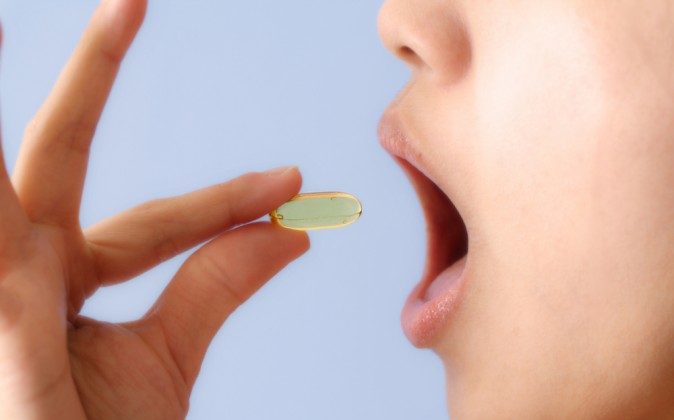 An estimated one in four Australians currently take fish oil supplements daily because of its perceived benefits.

There are suggestions that fish oil is good for a range of health conditions including arthritis, Alzheimer’s disease, diabetes, mental health and heart disease. It’s even been suggested that fish oil might make people smarter, so should we all be taking supplements?

Fish oil typically contains DHA (docosahexaenoic acid) and EPA (eicosapentaenoic acid). In Western nations, low dietary intake of DHA and EPA is a concern as they are not widely available in contemporary foods.

DHA and EPA are derived from “essential” fatty acids in the diet (so named because humans and other mammals cannot make these substances themselves). They’re found almost exclusively in oily cold-water fish, fish oil supplements, breast milk, and supplemented infant formula.

The majority of research on these fatty acids have been done on DHA. And here’s what we know.

There’s no doubt that DHA found in fish oil is involved in several critical brain functions. Both laboratory research and human epidemiological studies have demonstrated that a shortage of DHA can adversely affect cognition, and intake of oily fish during pregnancy can benefit children’s cognitive functioning.

DHA is known to play a critical role in the developing human brain and there’s evidence of its importance for brain development in infancy. What’s more, several studies have demonstrated positive associations between infant blood concentrations of DHA and cognition.

Indeed, long-chain polyunsaturated fatty acids including DHA have been suggested as being among the principal factors that can increase the intelligence of breastfed individuals.

But what about DHA supplementation in babies and children delivered via fish oil?

The notion that dietary DHA supplementation enhances cognition in young children remains controversial. Some have even suggested that it’s the snake oil of our generation.

Babies in randomised controlled trials have generally been given fish oil in formula milk. (Shutterstock*)

Randomised controlled trials remain the gold standard in this area of research. And the trials undertaken in this field have generally administered DHA via formula milk rather than via fish oil capsules.

One major review of the literature failed to identify a significant effect of DHA supplementation on cognitive development in full-term infants. But another suggested supplementation with a similar level of DHA to breast milk results in higher cognitive performance in young children born at full term.

Still, the majority of trials in healthy term infants have shown little or no consistent, beneficial effects on neurocognitive outcomes as a result of dietary DHA supplementation. Importantly though, infant DHA supplementation has resulted in no negative effects on growth, development or health.

So it appears there’s no compelling argument either for or against DHA supplementation in full-term infants for the purpose of cognitive enhancement.

Inconsistent findings within this literature may be due to inadequate sample sizes, variations in the doses of DHA used, the source of DHA administered (algal or fish sources, for instances), the age at which supplementation was initiated, the duration of supplementation, the type of cognitive or developmental assessments undertaken, the variability in participant compliance across studies, or a combination of these factors.

Another consideration concerns potential ceiling effects: if someone is already functioning at maximal or close to maximal efficiency, then supplementing the diet with DHA is unlikely to yield significant benefits.

But in preterm infants – in whom there’s a possible deficit in DHA status – the effects of DHA supplementation may be more positive.

Despite the absence of scientific consensus regarding any benefits in full-term infants, many manufacturers of infant formula milk include DHA in certain products and market them as superior products offering distinct cognitive advantages. This is controversial, given the lack of concrete scientific evidence to support their claims.

Jonathan Foster has received funding to undertake research from the Australian Research Council and National Health and Medical Research Council and from similar government and not-for-profit funding agencies in the United Kingdom, Canada and the United States. He has received previous private sector funding from Unilever and Pfizer. This article was originally published on The Conversation. Read the original article.