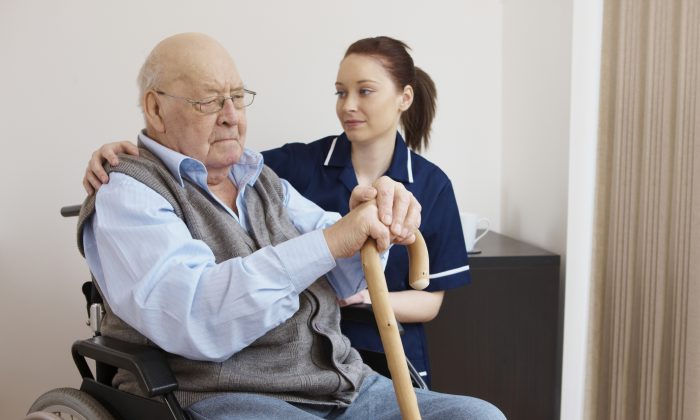 Health Care in Retirement a Concern to Majority of Canadians: Report

National strategy for seniors’ health care should be a priority, says CMA
By Omid Ghoreishi

Eight out of ten Canadians worry about what kind of health care will be available to them in their retirement, according to the Canadian Medical Association’s 2013 National Report Card on Health Care.

The report shows that over half of Canadians 18 and older are “very concerned” about maintaining their health in retirement years, while another 35 percent are “somewhat concerned,” bringing the total proportion of those concerned with the issue to over 80 percent (83 percent).

A relatively smaller proportion was concerned about their financial situation in retirement, with 37 percent being “very concerned” and 34 percent “somewhat concerned.”

The report found that 93 percent of Canadians think Canada needs a national health care strategy for seniors, both in the home and in hospitals, hospices, and long-term care facilities.

The report also found that 90 percent of Canadians think that by finding ways to keep elderly patients living at home for as long as possible rather than in hospitals or long-term care facilities as part of a national strategy, the entire health care system would improve.

A similar proportion of respondents said a national strategy should involve all levels of government, while 78 percent think the federal government has an important role in developing the strategy.

“The results of this year’s CMA report card send a clear and direct message to policy-makers and public office holders that all levels of government need to act to address the demographic tsunami that is heading toward the health care system,” CMA president Dr. Anna Reid said in a statement, referring to the aging population of baby boomers.

Only about 41 percent of Canadians surveyed think hospitals and long-term care facilities in their area can handle the needs of the seniors who cannot be cared for at home.

“The anxiety Canadians have about health care in their so-called golden years is both real and well-founded,” Dr. Reid said.

“Let there be no doubt that a national strategy for seniors’ health care should be a federal priority.”