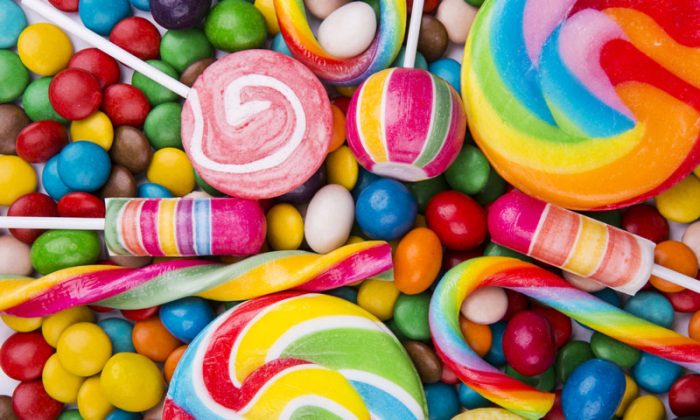 Some 27 years ago, I spent two weeks in Yugoslavia, the supposed workers’ paradise cobbled together by the strong arm of Marshal Tito. And, if my memory serves, the country was an overflowing candy store — a middle schooler’s sweet-toothed delight. Socialism as a candy store? Sure. But you have to consider the question and its answer in context.

We know apodictically that socialism cannot efficiently allocate resources. Yet, we also know that socialism can and does produce. This is true whether the society is structured along the lines of German, Soviet, or democratic socialism. In all three forms, goods are produced for consumption by the masses. And some of those goods are sweet, indeed.

My stay in Yugoslavia was centered around the northern steel town of Ravne na Koroškem, in what is now Slovenia. We boarded with a family who had some ground-level apartments for rent, with all apartments sharing a small common kitchen and bath. The conditions were – to be kind to the family — basic at best. The kitchen had several small chairs, a table, and sparse silverware and settings. The little bedrooms had nothing save a too-soft bed, mirror, dresser, and chair. The floors throughout were tiled and cold. And the yellowed-into-opaque windows were outlined by frayed curtains. Outside of the Party, this was good living in Tito’s paradise. And it was livable, barely.

A short walk from the house was the local Nama grocery store — or should I say candy store. The outside was clean and white, but the inside was dark and dingy, with one exception, the sugar-laden aisle. Hard, tasteless bread was sold by the centimeter and the few slabs of meat on the unclean butchers table behind the empty cooler looked gray and inedible. Eggs? Toilet paper? Fresh fruit? Not to be found. But who was looking for that stuff? Especially when you are 13 years old and in front of shelves overflowing with bright boxes of cookies, candy, and over-sweetened juice — and it was all delicious. And the price? Very inexpensive.

Of course, kids are not the only ones who like sweet deals. Every now and again, I hear adults tell their versions of the candy store called socialism. However, for them, it is not sugary treats being referenced. Instead, it’s healthcare.

The tales are all very similar, about trips to European emergency rooms where the waits were short and the doctors and nurses plentiful. And the price? Who can complain about free or nearly free? Well, free or nearly free to them, anyway.

And given these real experiences, is it any wonder that folks return championing socialized medicine? Is it any wonder that a kid from the hills north of Pittsburgh still remembers juice so deliciously sweet and thick and cookies so delectably fruity and fresh?

But the folks championing socialized medicine are always repeating tales of visits for simple cases of the flu or other travel-related illnesses. What is seen is the overflowing abundance of care at that level. This is the sugar, so to speak. Unseen are other types of care. The meat, eggs, etc. And this is where the failures of socialized medicine are as obvious as the lack of nutritious food in a Yugoslavian store.[1]

The stories from travelers paint a different picture from those told by people living in countries with socialized medicine. Many of these folks — those looking for meat — complain about either the unavailability of care or wait times that exceed the life expectancy of those suffering from the disease.

So we end up hearing contrasting stories: ones from visitors who are amazed by the candy, and others from residents who complain about no meat. And both are right.

Can a society (or a sector of the economy) organized under socialism efficiently allocate resources? No. Can it produce overflowing shelves of sugar in dingy stores barren of essentials? Absolutely. And can it overstaff emergency rooms as a means to satisfy short-term cravings for healthcare even while essential long-term needs go wanting. Certainly, with real examples all around. Can it ever balance the two? And can it balance the two along with all other goods and services desired? Not in this world of scarcity. So not in this world at all.

Bastiat and Hazlitt pushed the idea of the unseen front and center for important reasons. It is essential that the unseen is included in any consideration of a situation. And that is true even when, like me at 13, you want to overlook barren, dirty shelves in order to focus on the oasis of sugar.
____________________

*Image of “candies” via Shutterstock

Jim Fedako
Follow
Jim Fedako, a business analyst and homeschooling father of seven, lives in the wilds of suburban Columbus.