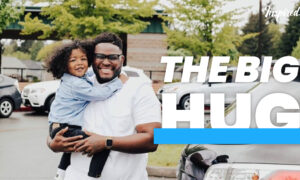 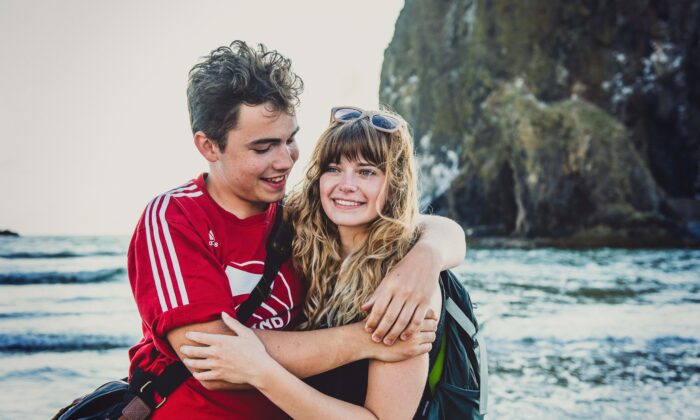 Take the family to get away, relax, and enjoy this big, beautiful country we love. (Tim Mossholder/Unsplash)
Mind & Body

Social touch stirs more than warm feelings, it can help us stay well
By Francis McGlone

For many people, the thing they’ve missed most during the pandemic is being able to hug loved ones. Indeed, it wasn’t until we lost our ability to hug friends and family that many realize just how important touch is for many aspects of our health—including our mental health.

The reason hugs feel so good has to do with our sense of touch. It’s an extremely important sense, which allows us not only to physically explore the world around us, but also to communicate with others by creating and maintaining social bonds.

Touch consists of two distinct systems. The first is “fast touch,” a system of nerves that allows us to rapidly detect contact—if a fly lands on your nose, or you touch something hot, for example. The second system is “slow touch.” This is a population of recently discovered nerves, called c-tactile afferents, which process the emotional meaning of touch.

These c-tactile afferents are essentially “cuddle nerves” and are typically activated by a very specific kind of stimulation: a gentle, skin-temperature touch, the kind typical of a hug or caress. We see c-tactile afferents as the neural input stage in signaling the rewarding, pleasurable aspects of social tactile interactions such as hugging and touching.

Touch is the first sense to begin working in the womb, at roughly 14 weeks. From the moment we’re born, the gentle caress of a mother has multiple health benefits, such as lowering heart rate and promoting the growth of brain cell connections.

When someone hugs us, the stimulation of c-tactile afferents in our skin sends signals through the spinal cord to the brain’s emotion processing networks. This induces a cascade of neurochemical signals that have proven health benefits. Some of the neurochemicals include the hormone oxytocin, which plays an important role in social bonding, slows down heart rate, and reduces stress and anxiety levels. The release of endorphins in the brain’s reward pathways supports the immediate feelings of pleasure and well-being derived from a hug or caress.

Hugging has such a relaxing and calming effect that it also benefits our health in other ways.

It improves our sleep: From the benefits of co-sleeping with infants to cuddling your partner, gentle touch is known to regulate our sleep, as it lowers levels of the hormone cortisol. Cortisol is a key regulator of our sleep-wake cycle, but also increases when we’re stressed. So it’s no wonder high levels of stress can delay sleep and cause fragmented sleep patterns or insomnia.

It reduces reactivity to stress: Beyond the immediate soothing and pleasurable feelings provided by a hug, social touch also has longer-term benefits to our health, making us less reactive to stress and building resilience.

Nurturing touch during early developmental periods produces higher levels of oxytocin receptors and lower levels of cortisol in brain regions that are vital for regulating emotions. Infants that receive high levels of nurturing contact grow up to be less reactive to stressors and show lower levels of anxiety.

It increases well-being and pleasure: Across our lifespan, social touch bonds us together and helps maintain our relationships. Such touch releases endorphins, which reduce pain and make us feel good. These are part of the reason we see hugs and touch as rewarding. Touch provides the “glue” that holds us together, underpinning our physical and emotional well-being.

And when touch is desired, the benefits are shared by both people in the exchange. In fact, even stroking your pet can have benefits on health and well-being—with oxytocin levels increasing in both the pet and the owner.

It could help us fight off infections: Through regulation of our hormones—including oxytocin and cortisol—touching and hugging can also affect our body’s immune response. Whereas high levels of stress and anxiety can suppress our ability to fight infections, close, supportive relationships benefit health and well-being.

Research even suggests that cuddling in bed could protect us against the common cold. By monitoring hugging frequency among just over 400 adults who were then exposed to a common cold virus, researchers found that the “huggers” were significantly less likely to get a cold. And even those who did had less severe symptoms.

While it’s important that we continue to keep ourselves safe, it’s equally as important that we don’t give up hugs forever. Social isolation and loneliness are known to increase our chances of premature death—and perhaps future research should investigate whether it’s a lack of hugs or social touch that may be driving this. Touch is an instinct that is all-around beneficial for our mental and physical health—so we should celebrate its return.

Of course, not everyone craves a hug. So for those that don’t, there’s no reason to worry about missing out on the benefits of hugs—as giving yourself a hug has also been shown to regulate emotional processes and reduce stress.