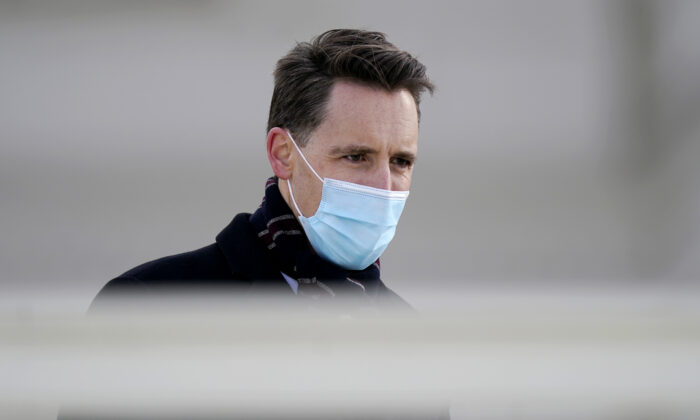 Sen. Josh Hawley (R-Mo.) on Monday called for the Senate Ethics Committee to probe the Democrats who filed a complaint against him and Sen. Ted Cruz (R-Texas) over their objections to Electoral College votes.

The Democrats in their complaint last week said the senators may have engaged in “improper conduct” by filing the objections, even though their actions are allowed under the Constitution. Democrats filed objections in 2017 and 2005, among other years.

Democrats acknowledged Cruz and Hawley “had the right to object” to votes but alleged that Republicans who objected contributed to the breach of the U.S. Capitol, writing that the senators “amplified claims of election fraud that had resulted in threats of violence against state and local officials around the country.”

“By proceeding with their objections to the electors after the violent attack, Senators Cruz and Hawley lent legitimacy to the mob’s cause and made future violence more likely,” they added.

Hawley in his counter-complaint (pdf) asserted the Democrats tried linking his objections to violence with no evidence.

“They submitted their meritless complaint in potential coordination with a campaign by partisan and dark-money groups that have peddled falsehoods about me and my objection. By knowingly submitting a frivolous complaint to accomplish impermissible partisan purposes, these Senators have engaged in improper conduct that may reflect upon the Senate. The Committee should discipline these Members to ensure that the Senate’s ethics process is not weaponized for rank partisan purposes,” he wrote.

Hawley also wrote a letter to the senators who filed the original complaint, telling them: “The idea that one Senator who disagrees with another Senator can therefore have that Senator punished, sanctioned, censured, or removed is utterly antithetical to our democracy and the very idea of open, lawful debate. This line of thinking is, however, sadly consistent with the new woke-mob mentality that you should cancel anyone who disagrees with your views. Your baseless allegations are in that sense unfortunately typical of today’s leftwing cancel culture, a culture that tramples on the democratic traditions that left and right once defended together.”