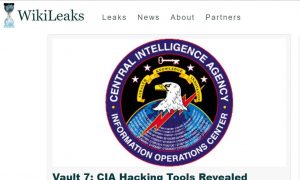 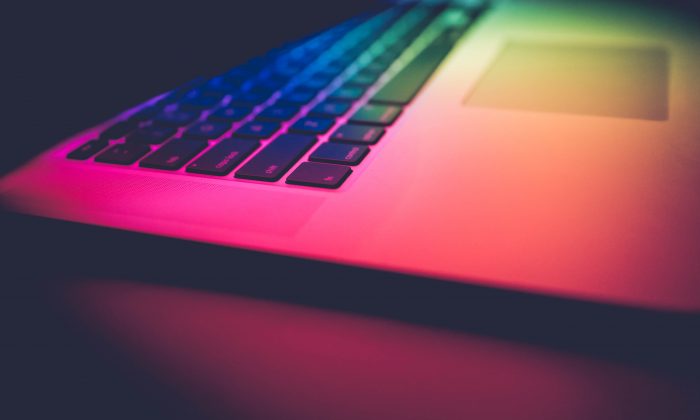 Does the government spy on citizens' computers and cell phones? (Fancy Crave/Unsplash)
Viewpoints

Has Spying Compromised the Separation of Powers and Liberty?

Founding Father James Madison informs us in “Federalist 51” that the separation of powers “to a certain extent is admitted on all hands to be essential to the preservation of liberty.” The checks and balances intended by having three branches of government, and the federalism dichotomy between a national government and the states, were brilliant developments in protecting liberty by compartmentalizing governing powers.

Most Americans can easily identify the three branches of government. Three principals, however, actually wield power under the Constitution: the federal government, states, and We the People. Only the first two of those principals are directly regulated by the Constitution, which the fourth chief justice of our Supreme Court, John Marshall, described in a separation-of-powers case as our “fundamental and paramount law.”

The Constitution, to say it another way, is the law that governs government itself.

The extra safeguard of a Bill of Rights was added to this paramount law that governs government at the insistence of some of the Founders—in case the structural protections of liberty weren’t enough. Those safeguards, as with all laws, need some form of remedies or consequences for violations in order to give those laws teeth.

So, what happens to this paramount legal structure when one adds in the phenomenon known as the “administrative state,” that collection of alphabet soup-named agencies that wield extraordinary amounts of power, or the more sinister-sounding “deep state,” some of whose members even deny its very existence? Also, what are the larger consequences to liberty when agents within the administrative or deep states are able to operate relatively free from consequences for unconstitutional overreach, lawlessness, and outright lawbreaking?

It now seems we have unaccountable, even gangster, government peering into Americans’ computers, in ways designed to compromise these checks on government power.

In 2017, reporters wrote about one of the more dangerous, if not sinister, scenarios of clandestine breaches into the separation of powers, focusing on whistleblower claims made by former CIA and National Security Agency (NSA) contractor Dennis Montgomery. The story focuses on Montgomery’s claims that a surveillance program he developed for spying on foreign enemies has been used to infiltrate computers of federal judges and other Americans.

The notion of the U.S. government’s spying on Americans by hacking computers and cell phones isn’t new. In May 2016, Kim Zetter, writing at Wired.com, claimed that the Federal Bureau of Investigation (FBI) “has a long history of surreptitiously hacking us, going back two decades,” yet “little is known about the invasive tools the bureau, and other law enforcement agencies, use or how they use them.”

As to the evidence Montgomery found, he handed that over to the Department of Justice (DOJ), where apparently it has been buried. He filed a lawsuit against the likes of former FBI Director James Comey and others for violations of First and Fourth Amendment rights, as well as common law tort claims for conversion and fraudulent misrepresentation.

“The Founding generation voiced concerns about the harms that could ensue from giving the government access to information and thus providing officials with the power to head off political or religious opposition. Information obtained could be used to embarrass citizens or to harm their relationships with others. Even when innocent in itself, information could be combined to make it look as though an individual were engaged in illegal activity. Structural harms could also follow, with the targeting of the other branches’ personnel, or of state and local leaders, undermining the separation of powers and federalism.”

The Founders’ purposes for the Fourth Amendment, of course, weren’t merely concerns about compromising public officials in ways that harm the separation of powers. They were very familiar with attempts by the English Crown to invade and search the private papers of those who wrote and published criticisms of the government and public officials. The Fourth Amendment, you see, provides a shield for other liberties of We the People.

The invasion of the home and private papers of the publisher of The Monitor was addressed in the landmark case of Entick v. Carrington from 1765. English Chief Justice Pratt ruled against the search of John Entick’s private papers, and the jury awarded monetary damages against the government’s agent, Nathan Carrington, for trespass even though he had a warrant issued by the Earl of Halifax, who was the English Secretary of State.

A modern, digital-age case reminiscent of what was happening in 1765 is Attkisson v. Department of Justice and Federal Bureau of Investigation, scheduled for oral argument before the Fourth Circuit Court of Appeals on Jan. 29.

Sharyl Attkisson, the multiple award-winning investigative reporter and now host of TV’s “Full Measure,” was a thorn in the side of the Obama administration, writing stories the administration and its Attorney General Eric Holder didn’t want reported. Instead of an open search, like that used against the Crown’s critic John Entick, this time, the government used proprietary government hacking programs to invade Attkisson’s home and business computers.

Attkisson has clear forensic evidence of the government’s hacking, but the DOJ has fought her discovery efforts to uncover which officials were involved, and why they should have immunity from punishment for their lawbreaking.

Amazingly, no reporters’ rights or civil liberties legal groups have offered to assist Attkisson, who is at a huge financial disadvantage against the DOJ’s vast resources and swarms of lawyers used to weigh down We the People in litigation against government lawbreaking. So, two dozen leaders across ideologies and professions (including myself) set up the “Sharyl Attkisson 4th Am Litigation” GoFundMe page to raise money for her to pursue this hugely important case, which will help protect all of us.

One cannot understate the dangers to freedom when the deep state turns its open or clandestine search weapons on Americans in ways that instill fear and compromise our ability to hold lawless or gangster government accountable. These litigation efforts are essential to exposing and eventually remedying such dangers.

Mark J. Fitzgibbons is president of corporate affairs at American Target Advertising Inc., America’s oldest and largest conservative direct marketing and fundraising agency. He is one of the country’s leading experts in fundraising law and policy, and an expert in Fourth Amendment law.