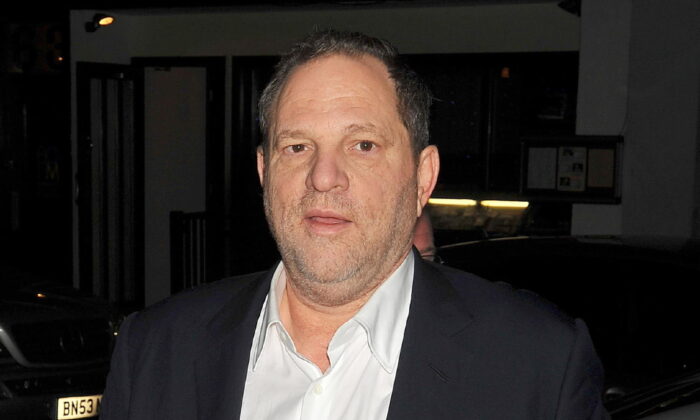 The CPS said it had authorized the Metropolitan Police to charge the 70-year-old former film mogul following a review of the evidence gathered by the force in its investigation.

The charges are over two assaults that were allegedly perpetrated against one female complainant in London in August 1996.

According to a statement from the Metropolitan Police, the woman is now in her 50s.

Rosemary Ainslie, head of the CPS Special Crime Division, said the CPS “reminds all concerned that criminal proceedings against the defendant are active and that he has the right to a fair trial.”

Weinstein, who co-founded American entertainment company Miramax with his brother Bob, was a prolific film producer, with his name attached to films such as “Kill Bill,” “Good Will Hunting,” and “The Lord of the Rings.”

The charges against Weinstein came less than two weeks after U.S. actor Kevin Spacey was charged with sexual assault in the UK.

The Metropolitan Police said on May 26 that the 62-year-old “House of Cards” star faced four counts of sexual assault against three men and one count of causing a person to engage in penetrative sexual activity without consent.