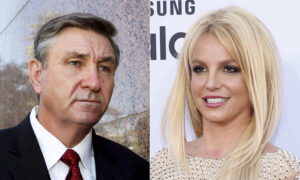 Hannibal season 2 is nearing the end as the season finale is set for May 23.

Episode 13 of the season is titled “Mizumono.”

It will include the end of the brutal fight scene between Hannibal and FBI’s Jack Crawford that began as a flash-forward in the season’s beginning.

Director David Slade returned to film the finale after shooting the pilot, putting a touch there that reflects the central characters coming full circle “in a symmetrical way that’ll be satisfying and disturbing for the audience,” Fuller said.

He also noted that there will be several cliffhangers the season ends on.

Another aspect was explained some by Fuller when he spoke to TVGuide.

“The finale is all about forgiveness,” he said.

“We don’t choose forgiveness, it just appears one day in our hearts and in our consciousness. When you think about all the acts of duplicity and betrayal that have been woven through this second season, it feels like an appropriate concept to explore.”

The official description for the finale is as follows:

“Hannibal prepares for his imminent departure with, he believes, Will. Will prepares for a departure of another sort, tying up loose ends, not sure if he’ll survive the trap he’s set for Hannibal. Both men feel that Jack (Laurence Fishburne) deserves the truth, but what is that truth? Loyalties will be tested and forgiveness will be asked…and the inevitable battle between Hannibal and Jack is upon them.”