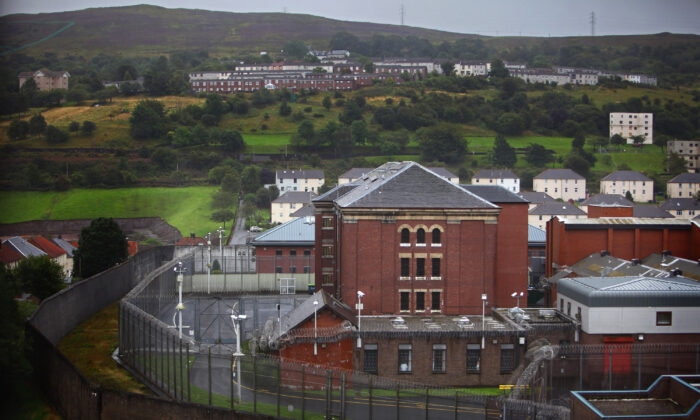 Half of Scotland’s transgender prisoners only identified as women after they were put behind bars, according to figures obtained in a Freedom of Information request.

There are 16 transgender inmates in Scottish prisons, eight of whom began their transition while “being cared for in custody following their remand or conviction for their current offence,” the Scottish Prison Service (SPS) confirmed in a Freedom of Information request (FOI) seen by The Epoch Times.

The SPS added that six trans prisoners have “current or previous” convictions for sex offences. There is an undisclosed number of trans prisoners in the male estate under consideration for a move to the women’s estate.

The FOI asked if there had been any complaints from female prisoners about inappropriate behaviour or sexual assaults against trans prisoners since the SPS trans policy was introduced in 2014.

SPS confirmed there have been 6,758 complaints made by females within its care since 2014. But it could not say how many of these were for trans-related issues owing to the cost and scope involved in such a request.

Kate Coleman runs the organisation Keep Prisons Single Sex, which was set up in 2020 to campaign for the right of female prisoners to single-sex provision.

Coleman has highlighted that women in prison, who have often been victims of much more serious offences than those they are accused of committing, suffer fear and anxiety if required to share accommodation with a male prisoner.

“All male prisoners would objectively have an easier time in the female estate,” Coleman told The Epoch Times in an email.

“Where Scottish Prison Service has created the possibility for male prisoners to be allocated to the female estate on the basis of self-identification as female, it is simply ludicrous to expect that male prisoners won’t take advantage of this,” she added.

Since 2014, SPS’s Gender Identity and Gender Reassignment Policy (pdf) has allowed prisoners to be accommodated on the basis of self-declared gender identity. For example, people in custody have to be rubdown-searched by staff, in accordance with the “social gender in which they are living.”

There are concerns about upcoming Scottish legislation, which will allow individuals to change the sex recorded on their birth certificate by simply making a statutory declaration.

Currently under consultation, the Gender Recognition Reform Bill will mean that it will be quicker for people to change the legal sex recorded on their birth certificate and other documents, removing the need to obtain a diagnosis of gender dysphoria.

The time period applicants need to live in the acquired gender will be reduced from two years to three months, with the requirement for a medical diagnosis and evidence removed.

‘Abuse of the System’

Former SNP Justice Secretary Kenny MacAskill, now a member of the Alba Party, told the Scottish Daily Express on Tuesday that it is “extremely worrying,” and that a number of men choosing to become transgender after conviction suggests “an abuse of the system and a threat to vulnerable women.”

“The statistics confirm the anecdotal evidence that some male prisoners are opting to self-ID as females not through any desire to transgender but to avoid being imprisoned in the male estate,” he said.

“That is an abuse of the system and a threat to vulnerable women. It’s one thing protecting the rights of transgender prisoners but quite another to be facilitating what’s a fraud and extremely harmful. Current SPS policy seems to be failing and this abuse and injustice must end,” added MacAskill.