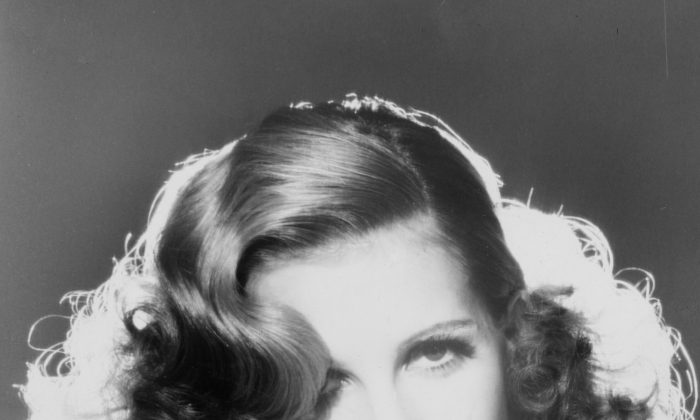 Hair Fit for the Oscars

“In the ’30s the big movie companies MGM, Warner, RKO, or Columbia were becoming aware of the potential of publicity for their stars and their movies.

The 1940s, 1950s and 1960s were unsurpassed in terms of glamour. Stars such as Joan Crawford, Hedy Lamarr, Betty Hutton, Sophia Loren—all sex goddesses thanks to the visionary hairdresser Sydney Guilaroff. He was the top hairdresser working in the film industry at the time. Guilaroff knew how to make a star outstanding by taking into account her whole image. He crafted individual looks for the stars whom he styled.

Famous New York Times Robert journalist, McGill Thomas, Jr. wrote in his obituary to the great hair stylist: “…[Guilaroff] gave Claudette Colbert her bangs, made Lucille Ball a redhead, gave Judy Garland her Wizard of Oz braids, and cut, curled, coiffed and cosseted virtually every other MGM star in his 40 year reign as Hollywood’s most creative and celebrated hairdresser.”

The styles he created were not just well crafted and suited to the person but timeless.

Bette Davis was noted for saying: “I like my hair soft and natural.” Her hair looks could easily be worn today. The same goes with the looks of glamorous beauties such as Rita Hayworth or Lana Turner. Hayworth wore her hair in loose, soft waves and curls that bounced when she moved. The hair was not with lacquer all over. Lana Turner’s signature look was her up-swept sides with a soft wave. Ingrid Bergman always wore her hair in a mid-length bob, set with a long piece of rolled cotton wool and used like a roller.

Then came Audrey Hepburn, known for her short pixie-styled haircut that suited her no end. Later on when she starred in “My Fair Lady,” Aleixandre of Paris did her sharp chignons with added hair pieces seamlessly braided into the style. They were glamorous, magnificent styles without pins or grips showing, as is often seen on the red carpet today.

The stars used to care about their image both on and off the screen. They had to be beautifully groomed when they were out promoting their movies or when attending the Emmy’s, Golden Globes, and the Oscars. In those years the “movie moguls” had a big say in the way their stars looked. Hair color and style were most important. It was all about glamour: in the hair, in the make-up, and the clothes.

The stars were taught the principles that governed their looks. There were rules about face shape, when to wear a center part, and when not to, when to show one’s ears and when to keep them covered. Also, it was important to know when not to wear one’s hair out if it was long. Certain events called for up do’s that were more structured and statuesque to suit the occasion. Nowadays it’s all about the dress.

The styles seen on the red carpet inadvertently translate into young girls, or even professional women wearing their long, un-groomed and uncut hair out, as if long hair is, in and of itself, enough to look good.

Vidal Sassoon popularized long hair that swings in the breeze; it shows off the softness and natural beauty of healthy hair. Today’s stars seemed to have adopted this style en masse—the individual image seems to have gone.

Hair in the old days was handled from wet to hood dryer with rollers, and most styles were done with finger waves for softness using a setting lotion for the waves. Parts were pin curled to create soft looser curls. Rollers did not come in until mid to late 1950s for the Pageboy image. Sassoon then cut the rolled part off and it became the bob haircut!

Up to 1990 hair had a wonderful image and contributed to the image of the stars who sported these looks. Clients would come into salons around the world and ask for the Audrey Hepburn, the Farrah Fawcett, or the Mia Farrow.

The movie star publicity process ended on the red carpet where the press would play their part with skillful photography, from the rights angles, to create beautifully composed images.
This was a whole industry built around each star that stood proud and embodied the work of many professionals.

It wouldn’t hurt today’s “hairdressers to the stars” to look back and learn from the past. After all, it has inadvertently defined the industry. While techniques may change, looks and styles change but shabby workmanship will never be something to look back upon with pride.

A modern woman should be able to walk out of her house sporting a well-suited hair style that makes her feel proud and confident—whether she is Julia Roberts, Jennifer Lawrence, or a New York coffee-shop barista.

All photographs were produced and directed by Helen Oppenheim. For more, go to HairThen, La Coupe on www.helenoppenheim.com.