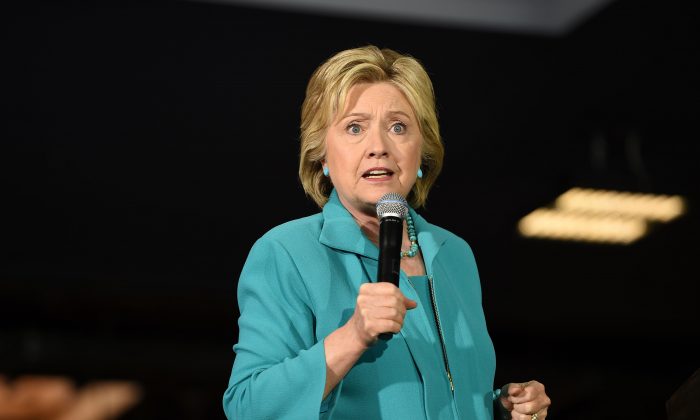 Lazar claimed earlier this month that he hacked into Hillary Clinton’s “completely unsecured” server and that it was easy.

In an NBC report, “Lazar said “guilty” twice, standing before the judge in a green jail jumpsuit. He will be held until he is sentenced in September and could face up to seven years in prison.”

Prosecutors allege that he hacked into the e-mail and social media accounts of over 100 Americans, including Washington elites including General Colin Powell, a member of the Bush family, and former Clinton advisor Sidney Blumenthal.

His hacking lead to the leak of self-portraits by the former president, George W. Bush in 2014 said prosecutors.

Hacker ‘Guccifer’: I Got Inside Hillary Clinton’s Server https://t.co/maF3COSvYc via @HuffingtonPost

The 44-year-old former taxi driver said he first breached Clinton confidant Sidney Blumenthal’s AOL account in March 2013, and used that information as a way to hack into Clinton’s server. He said he accessed Clinton’s server “twice,” though he described the contents as “not interest[ing]” to him at the time.

“I was not paying attention. For me, it was not like the Hillary Clinton server, it was like an email server she and others were using with political voting stuff,” Lazar said.

The Clinton campaign rebuked these claims, with Clinton’s National Press Secretary Brian Fallon saying, “There is absolutely no basis to believe the claims made by this criminal from his prison cell.”

“In addition to the fact that he offers no proof to support his claims, his descriptions of Secretary Clinton’s server are inaccurate. It is unfathomable that he would have gained access to her emails and not leaked them the way he did to his other victims.”

Lazar could not provide documentation to back up his claims, nor did he ever release anything online supporting his allegations, as he had frequently done with past hacks.

The plea comes after an audit showed that Clinton and her team ignored clear guidance from the State Department, and that her email setup broke federal standards which could leave sensitive material vulnerable to hackers.

The inspector general’s review also revealed that hacking attempts forced then-Secretary of State Clinton off email at one point in 2011, though she insists the personal server she used was never breached. Clinton and several of her senior staff declined to be interviewed for the State Department investigation.

In April, Lazar was extradited from a Romanian prison, and brought to Virginia where he will stay as he awaits his sentencing, scheduled for Sept. 1 later this year.