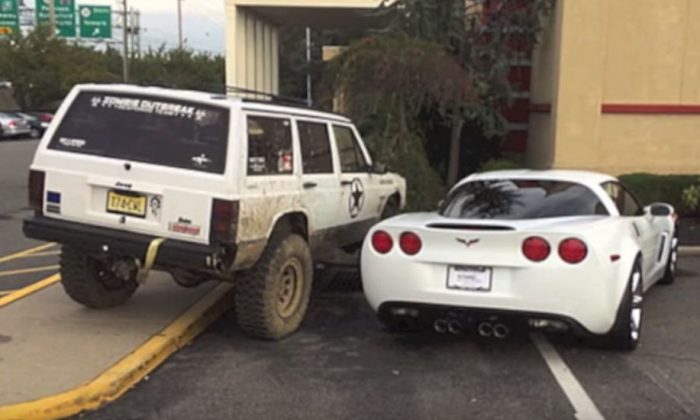 The driver of this Jeep got sweet, sweet revenge on a motorist who parked his Corvette over multiple parking spots.

According to New Jersey radio station 101.5, a 20-year-old man named Kyle, who parked the jeep, also took the viral photo.

“What happened was it was kind of crowded in the parking lot… so I was like, ‘c’mon man, are you serious?'”

The ‘Instant Karma’ During This Road Rage Incident Is Perfect

The Driver of This Red Car Made a Really Bad Decision

He drove away and came back around.

He then took a photo that has since gone viral.

“I went up there and didn’t think twice about it,” he said of parking near the ‘Vette.

“Probably 99% of the population… has seen this happen” and they “could’ve done something,” Kyle said.