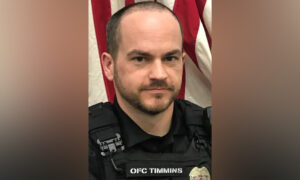 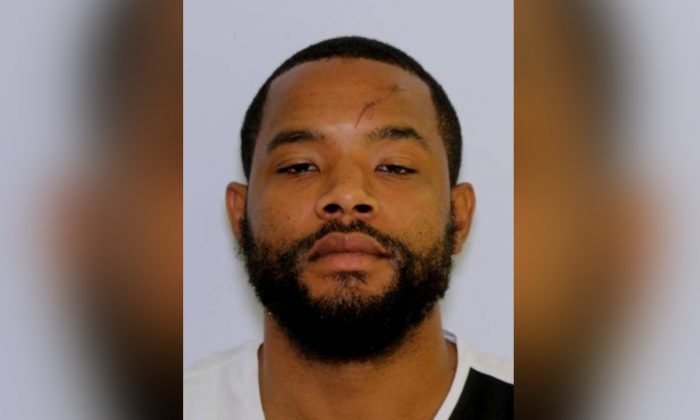 Radee Labeeb Prince, a suspect in the shooting deaths of three co-workers and critically injuring two others at a kitchen countertop company in Edgewood, Maryland, U.S., is shown in this handout photo provided by the Wilmington Police Department on Oct. 18, 2017. (Wilmington Police Dept/Handout via REUTERS)
US News

An employee of a Maryland kitchen countertop company fatally shot three co-workers and critically wounded two others on Wednesday and is being sought for a later shooting in nearby Delaware, authorities said.

A manhunt was on for the suspected gunman, Radee Prince, 37, who entered Advanced Granite Solutions in Edgewood, Maryland, just before 9 a.m. and fired multiple shots from a handgun, Harford County Sheriff Jeffrey Gahler told reporters.

Three people died at the company’s premises in a business park northeast of Baltimore. Two people were taken to a hospital, one of whom had come out of surgery, he said.

Gahler called the shooting a “targeted attack.” Asked about the gunman’s possible motive, he said: “We believe he’s tied into a relationship here at work.”

Prince had worked for Advanced Granite Solutions for the past four months and had been scheduled to work on Wednesday, the sheriff said. The suspect fled in a black GMC Acadia with Delaware license plates.

This is the car and plate Delaware and Maryland law enforcement seek in shootings in Wilmington and Maryland. If you see this car, call 911. pic.twitter.com/XvlsIP5jzJ

Police in Wilmington, Delaware, about 30 miles northeast of Edgewood, said Prince was also being sought for a shooting there at 10:46 a.m. that injured one man.

Wilmington police spokeswoman Stephanie Castellani said the victim identified the shooter as Prince, who fled in the same vehicle. Prince has been arrested 42 times in Delaware and has 15 felony convictions, she said.

“He is a dangerous individual,” said Castellani, adding that the motive was not yet known but Prince was associated with all six victims. “We do not know if there is a beef going on between the victims and the suspect.”