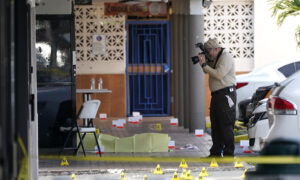 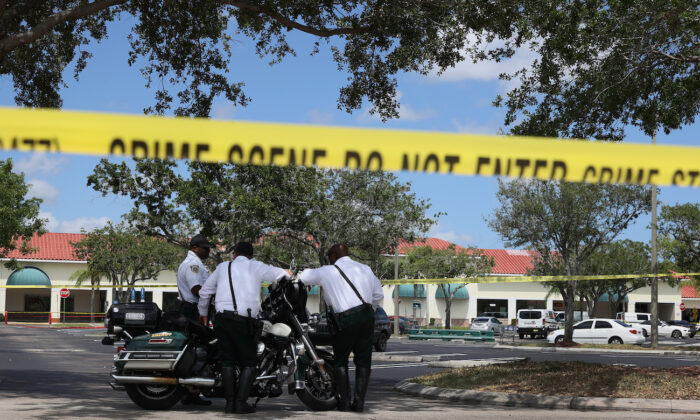 Three people have been killed following a shooting at a supermarket in Florida on the morning of June 10, the Palm Beach County Sheriff’s Office announced.

Officers arrived at the scene to find three individuals, including one adult female and one child, had died from gunshot wounds.

Authorities identified the victims as a woman and her grandson, who would have turned two at the end of the month, and said their names would not be released at the family’s request.

The male shooter has been identified by PBSO as 55-year-old Timothy J. Wall from Royal Palm Beach, CBS Miami reported. He died of a self-inflicted wound, authorities confirmed.

Officials said there is currently no known motive or relationship between this gunman and his victims.

Detectives are now investigating the incident and are in the beginning stages of determining what led up to the shooting.

One shopper who was in the supermarket’s deli area when the incident took place recalled hearing gun shots and employees screaming.

“I heard, ‘They’re shooting!’ A woman Publix worker said, ‘Run! Shooting!'” Juan Guardia told the Palm Beach Post. “I was scared. It’s sad because everything happened fast. Everyone was running. Some employees were crying.”

Publix said in a statement to USA Today that it was aware of the shooting and that it was directing questions to the police.

“Our thoughts are with those who are impacted by this tragedy,” Publix said. “We are cooperating with the local law enforcement. Since this is an active police investigation, we cannot confirm any additional details.”

County Commissioner Melissa McKinlay, who represents the area, said the shooting was “heartbreaking” in a statement posted to Twitter.

“We’ve become too numb to gun violence,” she said. “Today we mourn the loss of these lives and we pray for those inside of Publix who witnessed this tragedy as well as the first responders who continue to run toward danger to protect the public. Tomorrow we must step up and engage in a very honest conversation about why this happened and what can do specifically to prevent this violence. Inaction is not an option.”

The shooting comes just says before the five-year anniversary of the deadly rampage at the Pulse nightclub in Orlando which claimed the lives of 49 people.

The gunman, Omar Mateen, was later killed by police after a three-hour standoff.

As of May 26, there had been 232 mass shootings in the United States this year, according to The National Violence Archive, a nonprofit research group.