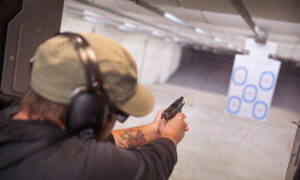 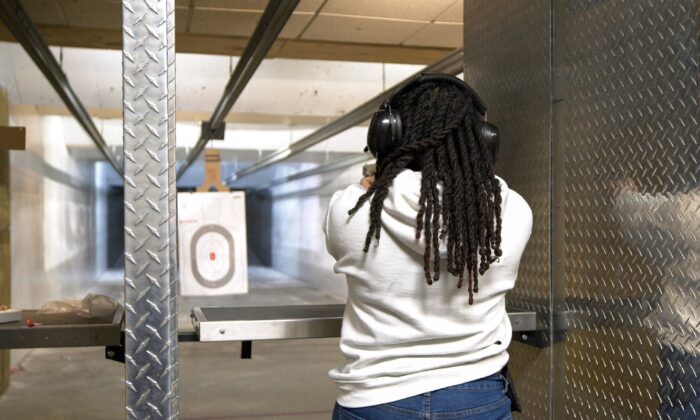 BRIDGEVIEW, Ill.—It’s been an interesting year for Joseph Stanford to take over a gun range business near Chicago.

He bought a struggling facility in Bridgeview, about 15 miles southwest of Chicago, in January 2020. First, the pandemic hit, closing him down; then, a wave of violence hit Chicago. The city ended the year with about 4,000 shooting victims, up from about 2,600 from a year earlier.

After Stanford reopened the shooting range, the number of clients grew, many of them black and many of them new gun owners.

Gun ownership spiked nationwide last year, with the biggest increase among black buyers, at 56 percent, according to the National Shooting Sports Foundation. Two out of five sales were to first-time buyers.

Stanford embarked on a personal mission to not only teach new gun owners about their weapons but also to influence how young black men in particular view guns.

“When they see a gun, they automatically think this is to kill someone. That’s their mindset, right?” Stanford told The Epoch Times. “We need to start emphasizing responsibility with a firearm, and what it can do constructively as opposed to just making it an automatic destructive thing.”

Prior to buying the business, Stanford had owned a security company in Chicago with his father for many years. He helped businesses operate safely in some of the city’s most violent neighborhoods.

Over the years, he trained many young black men to obtain certificates to become security officers. Now, he’s extending that same kind of effort to his gun range business, teaching them to be protectors. He said he’s the only black range-owner that he knows of in Illinois.

The master instructor at his facility, Kevin Wheeler, is also on board with this mission. He has helped train hundreds in this demographic, many of whom have lived in fear in violent neighborhoods, to get the training needed to qualify them for Firearm Owners Identification cards.

“Let me show you how to properly use this firearm, because it’s not anything to be afraid of,” Wheeler said. “That way, you can defend yourself and go back home the same way you left.”

Jessica Luckett, who lives on Chicago’s violent South Side, was long afraid of guns. In 2016, her brother was shot dead and Luckett herself has been held at gunpoint during a robbery.

“So when you have that happen to you, it makes you so afraid that you don’t even want to own one,” Luckett told The Epoch Times. “I never wanted to touch one. If I was in the presence of one, I would ask the person to put it [away] because I was shaking and sweating.”

As Chicago violence and crimes such as carjacking spiked last year, she felt a growing need to protect herself.

“It’s a slow transition; you don’t get it over in one day. But it is something you can get over,” Luckett said of the fear of guns.

She’s now a member of a local women’s gun club called Women with Guns and Attitudes. The group members grew from three in June 2020 to over 1,000 now.

One of the founders of the club, Leonetta Harris, told The Epoch Times, “A lot of women want to protect themselves. One of the first and most important things we teach our members about is gun safety, which is to safely handle a gun.”

Harris has had her FOID card, which is needed to own a gun in Illinois, since she was 22. During the past year, she started practicing more at StanMorr, a meeting spot for many of her members.

Her message to lawmakers is “Don’t touch our guns.”

“I’m a homeowner, and I have kids,” she said. “I just want to make sure that I’m safe and able to defend myself against any harm.”