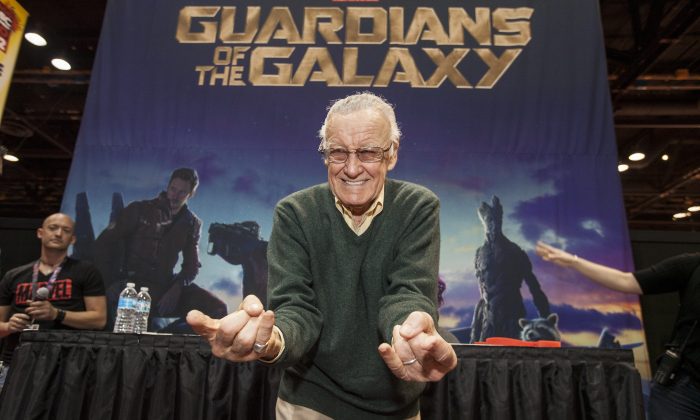 In the upcoming “Guardians of the Galaxy” film, Stan Lee is said to make an appearance as a Xandarian citizen, wrote Cosmic Book News. No lines or other characteristics have been revealed to date about Lee’s appearance, but Lee is said to have confirmed that he’ll be in the film.

Lee, who’s the co-creator of numerous Marvel comics like Spider-Man, the Hulk, the Fantastic Four, Iron Man, Thor, and others was also once the president and chairman of Marvel Comics.

Xandar is the home of Nova Corps, the intergalactic military/police force. The leader of the pack, Centurion Nova Prime, is played by Glenn Close.

“Guardian of the Galaxy” is based on a Marvel classic about an American pilot named Peter Quill who finds himself in possession of a precious orb coveted by a villainous Ronan. Quill, with the help of other outcast superheroes, embarks on an epic journey to save the galaxy.