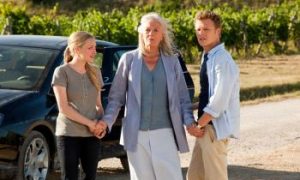 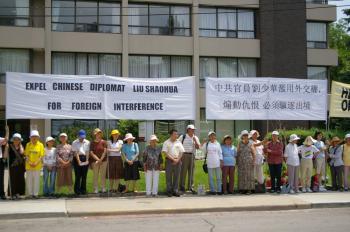 Matthew Little
Matthew Little is a multi-media reporter for The Epoch Times.
View profile
Follow
biggersmaller
Print
TORONTO—A Chinese diplomat in Ottawa has ignited a chorus of voices calling for his expulsion from Canada following the release of a tape that catches him directing Chinese students to battle against Chinese Canadians.

Liu Shaohua, first secretary of the education section at the Chinese Embassy, appears to have been a key organizer of the welcome rallies that greeted Hu Jintao during his visit to Ottawa last month in advance of the G-20 in Toronto.

But as Liu explains on the tape, those rallies were more about counteracting and battling Chinese dissident groups than about welcoming the Chinese leader.

An audio tape obtained by The Epoch Times captures Liu saying the embassy would cover the cost of hotels, food, travel, and clothing for what he estimated would be 3,000 people to welcome Hu.

Liu describes that as “little money,” in light of the “political struggle” the Chinese regime is waging, the goal being to overshadow human rights advocates who planned to protest during Hu’s visit.

He tells the students that because they are on Chinese state scholarships they are expected to attend and must ask permission to be absent from events for more than four hours.

Liu makes reference to Tibetan, Uyghur, and democracy activists, but focuses mainly on Falun Gong, a spiritual group heavily persecuted by the communist regime in China.

Liu’s remarks have disturbed members of various communities in Canada, including Uyghurs, Falun Gong, and Tibetans. In total, 13 organizations and four prominent individuals on Wednesday issued a call to Lawrence Cannon, minister of Foreign Affairs, to have Liu declared a persona non grata and expelled from the country.

Under the Vienna Convention, a country can at any time declare a diplomat from a foreign country persona non grata and have them removed without explanation.