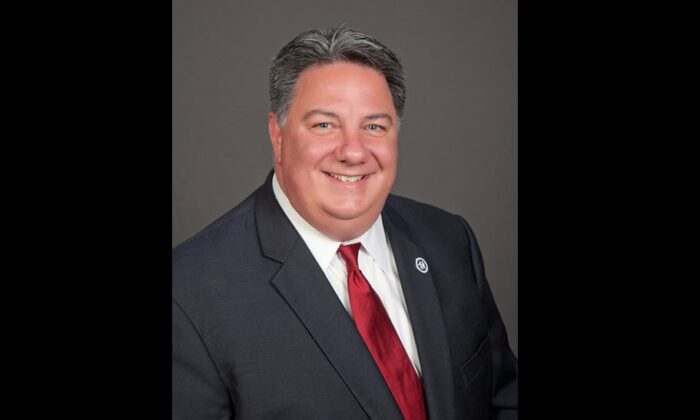 An electoral integrity group is suing Louisiana in federal court for refusing to allow inspection of voter list maintenance records, including information the state receives from the Electronic Registration Information Center (ERIC), a controversial data-matching service accused of inaccuracy.

The Public Interest Legal Foundation (PILF) says that Louisiana Secretary of State Kyle Ardoin, a Republican, is violating the National Voter Registration Act (NVRA) by not allowing the foundation to access voter documents, including data provided by ERIC.

PILF, a nonprofit, describes itself as “the nation’s only public interest law firm dedicated wholly to election integrity.” It “exists to assist states and others to aid the cause of election integrity and fight against lawlessness in American elections.”

The lawsuit comes days after Ardoin announced he was putting Louisiana’s membership in ERIC on hold while he investigates allegations made against the organization.

The litigation also comes after Wes Allen, a Republican running to be Alabama’s secretary of state, said in a statement on Jan. 31 that he would pull Alabama out of ERIC if he wins. Allen described ERIC as a Democrat-dominated “leftist group.”

About the lawsuit in Louisiana, PILF President J. Christian Adams said in a Feb. 7 statement that “ERIC is hiding documents the public has a legal right to see.”

“Transparency is essential to having free and fair elections that Louisianans can trust,” said Adams, a leading expert in election law and a former U.S. Justice Department civil rights attorney.

“ERIC is blocking transparency and violating federal law by hiding these list maintenance documents. The public’s right to these records will be vindicated in court.”

The legal complaint (pdf) in the lawsuit, PILF v. Ardoin, court file 3:22-cv-81, was filed on Feb. 4 with the U.S. District Court for the Middle District of Louisiana. Ardoin is being sued in his official capacity.

ERIC reported that as of October 2021, it had 31 states plus the District of Columbia as members. ERIC describes its mission as “assisting states to improve the accuracy of America’s voter rolls and increase access to voter registration for all eligible citizens.” The organization was created in 2012 with assistance from The Pew Charitable Trusts, a left-wing philanthropic organization.

ERIC provides regular reports to its members indicating which registered voters are no longer eligible because they have died or moved. The NVRA states that all records used to add and remove voters are public records, yet the ERIC membership agreement prohibits disclosing these records, according to PILF.

Louisiana took initial steps to pull out of ERIC last month, saying it no longer had confidence in the organization.

Ardoin announced in a Jan. 27 statement that the state was suspending its participation in ERIC effective immediately. According to the statement, the move came “amid concerns raised by citizens, government watchdog organizations and media reports about potential questionable funding sources and that possibly partisan actors may have access to ERIC network data for political purposes, potentially undermining voter confidence.”

“When Louisiana joined ERIC under my predecessor, we did so under the impression that it would enhance the accuracy of our voter rolls and strengthen Louisiana’s election integrity,” Ardoin said.

“After reading about these allegations and speaking with election attorneys and experts, I have determined that it may no longer be in Louisiana’s best interests to participate in this organization.

“It is vital that any legitimate allegation of voter fraud or possible misuse of our voters’ personal information is investigated. My job is to ensure that the data voters entrust to my office is protected. I look forward to ERIC’s swift response to these allegations.”

The Epoch Times reached out for comment to both ERIC and Ardoin but didn’t receive replies by press time.