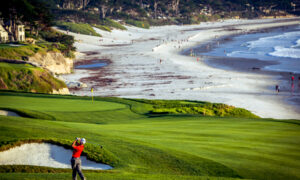 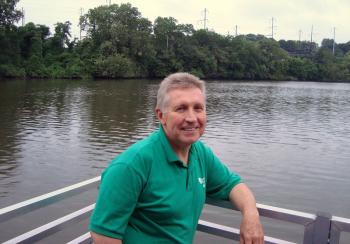 Greening Your Summer Fun with a Schuylkill River Tour

By Pamela Tsai
biggersmaller
Print
PHILADELPHIA—The ancient Chinese were environmentalists. They believed in the harmony of mankind and the universe. As an old Chinese saying goes "Compassionate people love mountains, wise people love water.” Water sustains our lives, nurtures our spirits, and purifies our environment. Isn’t it wise to love water?

In Chinese culture, a city with a river is auspicious. For Philadelphia, the Schuylkill River (Dutch for “hidden river”) means not only good fortune, but also fun, all made possible by Schuylkill River Development Corporation (SRDC).

The river bank is a destination for year-round fun—biking, boating, fishing, paddling, jogging, skating, walking. There is fun for every season and every member of the family.

Against the backdrop of skyscrapers and cement construction, Schuylkill River Bank soothes the city like an oasis. Here you can pause to watch the Canadian geese, smell the grass, hear the water, read novels, and spend moments of truth with your inner self.

This reporter took the tour “Secrets of the Schuylkill”. For one hour, we travelled across time and space, to past and present, legends and reality. From fabled historical landmarks to storied sites and scenes, the tour gave a new perspective on the city.

We saw a tantalizing glimpse of the Art Museum’s grand pillar, a close up look at the Fairmount Water Works, an unsurpassed view of Boathouse Row, many perspectives on the city’s skyscrapers; everything that was once familiar become new and refreshing.

Joseph Syrnick guided the tour. He has stories, tales, and legends to tell about everything along the river bank. As President and CEO of SRDC, Mr. Syrnick feels a mission to sustain the economic, recreational, environmental and cultural development of the river bank. He also has the passion to engage and inspire others to become part of the mission.

SCA , a Swedish global paper company, proudly supports the cause. “We are committed to social and environmental responsibility. With our Americas headquarters located on the Schuylkill River bank, we support SRDC in developing Schuylkill banks,” said Kirsty Halliday, Community Relations Manager for SCA Americas, a major sponsor of the river tour program.

The company was named the 2nd greenest company the world in 2007 by The Independent, a British newspaper. The list was created with Ethical Investment Research Services, a leading non-profit provider of independent research into the social, environmental and ethical performance of more than 2,800 companies worldwide.

Add a bit of ancient Chinese environmentalism, throw in a bit of the Swedish flair for sustainability, inherit a bit of American cultural heritage, the choice for your summer fun is clear—take a river tour on the Schuylkill River.

Check it out at http://www.schuylkillbankstours.tix.com/