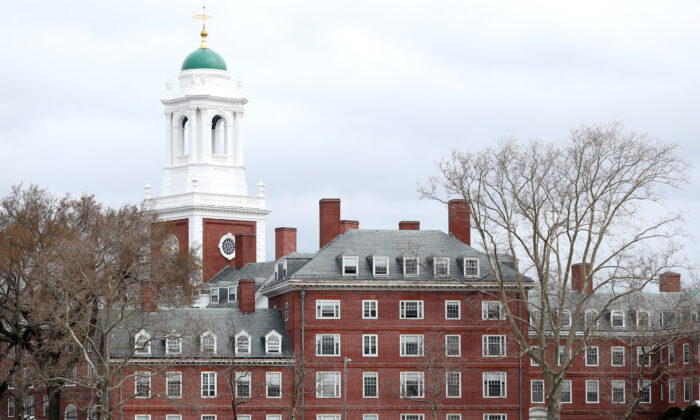 It’s a national metaphor for a moribund system.

Harvard, our oldest and richest university with an endowment of $40.9 billion—slightly larger than the gross national product of Tunisia—was scheduled to receive $8.6 million via the CCP virus relief program.

After President Donald Trump’s criticism, the university at first held fast, insisting it planned “to direct 100% of the fund to financial assistance to students, and will not be using any of the funds to cover institutional costs.”

Many then pointed out the obvious: Harvard, with its mountain of cash, could long ago have afforded to make their education free for all in perpetuity if it had so wished. In an action channeling Ebenezer Scrooge, the university had already laid off its dining hall workers.

Caught in the headlights, Harvard demurred, as did several other rich institutions such as Stanford (endowment = $27.7 billion) that had been taking yet more government money because of the CCP virus, commonly known as the novel coronavirus, as if they hadn’t been taking tons of it before. Other heavily endowed schools haven’t declared their refusal yet, perhaps hoping to hide below the radar.

Meanwhile, their students are at home, being taught, to the degree that’s possible, online.

This gives parents and other family members a unique opportunity to see exactly what they are being taught for tuition with room and board that in many cases are in excess of $70K per annum.

This ability frightened professors who expressed their concerns on internet forums. Those fears were justified because, quite often and in various forms, their students were being taught socialism. They were being indoctrinated.

(In one recent survey, Democrats outnumbered Republicans in the professorate by 10 to 1. Democrats are not de facto socialists, but in the circumscribed and essentially socialistic atmosphere of the college campus, many are more likely to be.)

This although America’s students were locked in their homes, not to mention many of her citizens dying, because of the actions of a state that follows its own version of scientific socialism.

That same state—communist China—has infiltrated our colleges and universities to an extraordinary extent, often with spies masquerading as students, including some members of their wealthy ruling class, who are enriching the coffers of our universities while surreptitiously undermining the system. (China’s leader Xi Jinping’s daughter attended Harvard under an assumed name.)

And you wonder why our professors and college administrations welcome Chinese students, while seeming to ignore the millions in reeducation camps, dissidents disappeared or in jail, forced organ transplants, and the rest?

Now, all of a sudden, we have awakened (sort of) and are worried about Chinese domination of our supply chain, their ability to restrict our access to antibiotics and so forth. But to an equal degree, we should be concerned about their dominating our intellectual supply chain.

The United States has, in essence, sold out its higher educational system. If it’s not China, it’s Saudi Arabia.

Simultaneously and not coincidentally, most of our campuses have become literally infested by so-called social justice warriors, whose interest isn’t in education but in righting perceived wrongs that are without end, as if everyone were a sexist, racist, or ableist from birth.

The professorate and, even more, the administrators frequently react to these SJWs in a manner that is beyond timidity, essentially becoming their enablers and helping to destroy the venerable institutions for which they work.

The level of absurdity has gone so far as that, in some institutions, it’s no longer required for an English major to study Shakespeare because the poor Bard happened to have been born with a white face.

Once immune, even the STEM subjects (science, technology, engineering, and mathematics) are now infected by this anti-intellectual, politically correct disease.

All of this can be subsumed under what has become a massive disconnect between our higher education system and what it was originally intended to achieve—preparing students for the working world and to be informed citizens of a democratic republic.

One of the very few positive outcomes of the pandemic is that it may be helping to change this situation—and quickly.

Higher education is, inadvertently, being placed under the microscope of cost-benefit analysis. It will likely never be the same.

Roger L. Simon—The Epoch Times’ senior political columnist—is a graduate of Dartmouth and Yale. He no longer donates to either of them.