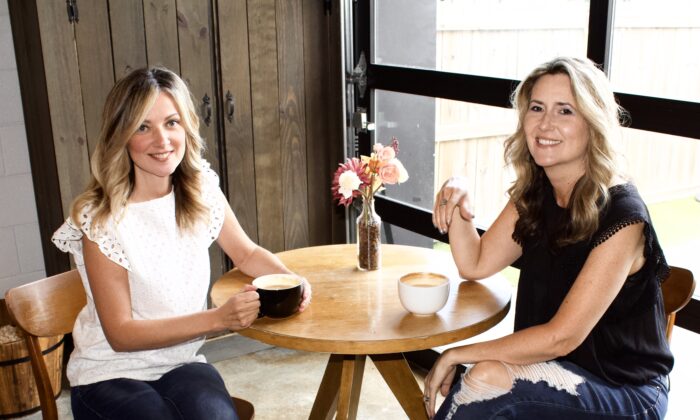 With the primaries around the corner of the new year, grassroots constitutional rights groups in North Carolina are working to impact communities by localizing national issues such as medical freedom and election integrity with the intent of fostering new leadership.

Tara Niebaum and Mindy Sportsman formed 2 Citizen Moms after meeting each other at lockdown protests in 2020.

They began working with other groups such as Revival In Courage to implement the North Carolina Grassroots Government (NCGG), a plan to replace every lawmaker in the General Assembly with Christian constitutionalists vetted through what they call the “100 counties-10 principles-10 promises-1 covenant with North Carolina” (100-10-10-1 platform).

NCGG seeks out North Carolinians to run for office on the Republican ticket who complete a survey to ensure that each aligns with the principles, promises, and covenant, as well as swear an oath under which they will uphold the 100-10-10-1 platform throughout their candidacy.”

“We are 100 percent grassroots volunteers,” Niebaum said. “We are not fundraising for this initiative or the candidates, and we are not giving money to the candidates. This is not a traditional political effort in which it’s all centered around money. It is sweat equity and boots on the ground.”

Among its promises, candidates—if elected—would work to repeal and defund COVID-19 policies the North Carolina General Assembly passed, such as masking, testing, tracking, and tracing laws.

According to the oath, they promise to work to prohibit vaccine mandates and passports.

A vaccine education organization, PAVE, and 2 Citizen Moms worked with Republican state Rep. Larry Pittman on House Bill 558, which would have provided protection in the public and private sectors against vaccine mandates but the bill didn’t pass.

Another bill, House Bill 572, would have prohibited Gov. Roy Cooper, a Democrat, from enacting a vaccine mandate during a state of emergency.

2 Citizen Moms advocated for revisions to broaden the scope of HB 572 to prohibit all vaccine mandates and passports but to no avail.

HB 572 died in the Rules Committee of the Senate without as much as a vote by that committee.

2 Citizen Moms conceded defeat in terms of legislative effort, and from there, they began looking at revising the entire General Assembly.

“It’s ambitious, I’m not going to lie,” Niebaum said. “In North Carolina, leadership has failed. When we speak at events, we emphasize that this is not a problem of Democrats versus Republicans. This is a problem of a Uniparty, because ultimately no one in North Carolina has actually stood up and protected the constitutional rights of the people.”

The Republican party’s platform appeals to the values of the Constitution only in writing, Niebaum said.

“But the failure of government to protect those constitutional rights within the COVID narrative has been beyond comprehension,” Niebaum said, pointing back to when churches were shut down while liquor stores were open, violating the First Amendment, and what she called “communist public health policies” passed with Republican votes.

In addition to their 2 Citizen Moms podcast and frequent speaking invitations, Niebaum and Sportsman organized and held a Medical Freedom Summit in Raleigh in October 2021, which garnered speakers ranging from fired health care workers to physicians, epidemiologists, and scientists with the intent of educating citizens on their medical and constitutional rights.

Its purpose, Niebaum said, was to do what the government has failed to do: help people and connect them with information on therapeutics such as ivermectin that would keep them out of the hospital.

“This is nothing we went looking for,” Niebaum said. “We would rather be homeschooling our kids, but 2020 changed things. I believe we are well on the other side of a Marxist transition, so I don’t know if we can even replace any of these elected officials, because I don’t believe we have fair and free elections anymore.”

Through the social media platform Telegram, groups like 2 Citizen Moms and Revival In Courage found each other and combined efforts.

Revival in Courage has hosted speakers such as Epoch Times contributor, author, and filmmaker Trevor Loudon, who has charted the Chinese Communist Party’s (CCP) influence in America, and other speakers who advocate for audits and investigations into the 2020 election.

Revival In Courage met 2 Citizen Moms at one of these events where they began networking resources under NCGG.

“The goal is to make NCGG the hub for all of the grassroots groups in North Carolina to work together,” Aryn Schloemer with Revival In Courage told The Epoch Times.

Among the various constitutional-rights organizations such as North Carolina Citizens for Constitutional Rights and WNCFreedom2020 are different levels of focus, with one central theme in mind: the preservation of the U.S. and state constitutions.

“Revival In Courage formed to give a platform to these truth-telling patriots who would educate, engage, empower, and unite self-governing citizens to take focused action and bring solutions back to their communities,” Schloemer said.

‘No One Was Coming to Save Them’

Finding no results in engaging with legislators, school boards, county commissioners, or the Republican Party itself, Schloemer said the need for NCGG became clear.

Even before then, Schloemer said she and others within the grassroots organizations had come to the “disappointing realization that no one was coming to save them.”

“We witnessed the stolen elections, our rights being dissolved by the unconstitutional emergency powers, our bodily autonomy forgotten, and CCP infiltration into our country all without a single acknowledgment from our elected officials,” Schloemer said.

However, she said, from the void of leadership amid chaos escalating across the country, “the most unlikely patriots surfaced and became the voice of reason.”

Another group connected within the hub of NCGG is Carol Snow’s North Carolina Audit Force (NCAF).

Schloemer met Snow at a speaking event and, after discussing strategies such as Snow’s canvassing initiative, Schloemer began working with Snow’s organization to combine efforts as well.

NCAF’s strategy is to focus on cleaning up voter rolls by comparing the National Change of Address (NCOA) database against voter registration data.

“We find people registered to vote at an address while the National Change of Address data shows they moved out two years ago,” Snow told The Epoch Times. “So when we go to canvass, we pull up the state’s data for everyone registered at a particular address and show it to the people who live there.”

Using the search criteria through data obtained through the NCOA and the North Carolina State Board of Elections, Snow said 46 percent of the time there has been a change of address, they’re finding phantom voters.

Snow said after learning how long the current resident has lived there, their canvassers write up affidavits that document each situation.

“What’s interesting is when you speak with voters and they see the number of people registered to vote at their address, they get upset, then they want to get involved,” Snow said. “Some of our best canvassers are people who were canvassed.”

Snow said she wouldn’t disclose what NCAF will do with the affidavits but said the information on phantom voters and lost votes will be presented “to the appropriate people at the appropriate time.”

For Niebaum, Sportsman, Schloemer, Snow, and other members of these organizations, the constitution has become abandoned by state and federal leaders, leaving it up to ‘We the People’ whose “sacred and moral duty” it is to strive to “reaffirm the ideals of our Founders.”

In a 1798 letter from Founding Father John Adams to the Militia of Massachusetts during the American Revolution, Adams wrote, “Our Constitution was made only for a moral and religious People. It is wholly inadequate to the government of any other.”

“Our idea is that maybe we push these candidates across the finish line, maybe we don’t, but everything we do we try to glorify God and use the platform God has given us to stand on the wall and tell the truth,” Niebaum said. “It doesn’t seem like very many people are willing to take risks in our generation, so I don’t know if we will win elections, but maybe we will win some souls along the way.”