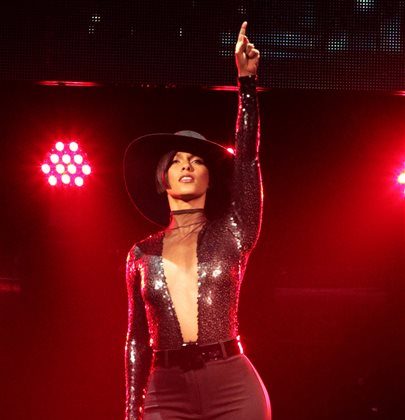 As the Grammys 2014 awards ceremonies start, some winners have already been announced in a pre-televised announcement. Among them are Alicia Keys for “Girl on Fire”, the album that won the “Best R&B Album” award this year.

The album was released in September 2012, and the lead title, “Girl on Fire” is a song of the same name. The title was performed for the first time at the 2012 MTV Video Music Awards.

Alicia Keys also recorded two versions of the main single: one called an “Inferno Remix” featuring Nicki Minaj and a Bluelight Remix which scales back the vocals.

The main title is a R&B and hip hop written by Alicia Keys, Jeff Bhasker, Salaam Remi and Billy Squier, composed on the A Major key. Keys said that she made the song to commemerate the birth of her son Egypt and marriage to current husband Swiss Beatz.