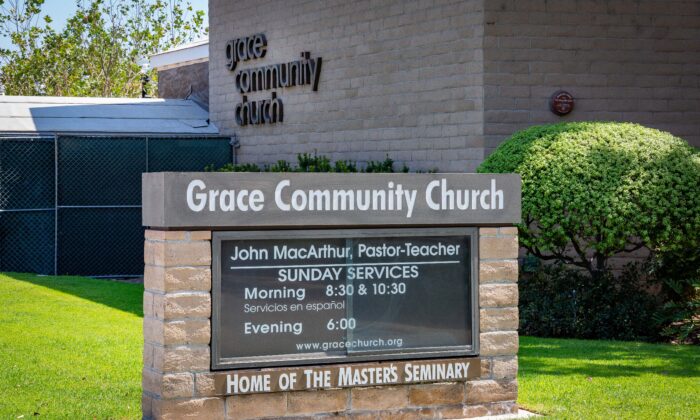 Governments Must Pay $800,000 in Legal Fees to Church for COVID-19 Overreach

California officials have agreed to pay $800,000 in prevailing-party attorneys’ fees to a popular Christian megachurch in Los Angeles after state and federal courts in California issued permanent injunctions barring government officials there from ever again imposing discriminatory restrictions on houses of worship.

In the United States, unsuccessful litigants only rarely have to pay their opponents’ legal fees, even when their cases are weak.

Although it’s common in other parts of the Anglosphere such as the United Kingdom and Canada for the unsuccessful party in civil litigation to be required to pay the legal costs of the successful litigant, it’s “very rare” for it to happen in the United States, Paul Jonna, Thomas More Society special counsel, told The Epoch Times.

On Aug. 31, the Board of Supervisors of the County of Los Angeles voted to approve the settlement with GCC and MacArthur. Under the agreement, the county will pay $400,000, and an additional $400,000 will be paid by the state of California as compensation for the attorneys’ fees incurred by GCC and MacArthur.

MacArthur was pleased with the settlement on fees.

“We are very grateful for our Lord’s protection and providence throughout this past year,” MacArthur said in a statement.

“Our commitment to the Word of God and his church has never wavered. We have simply continued to stand firm, as we always have and always will. We put our trust in the Lord Jesus Christ who is the head of the church. Over the past year, our congregation has seen his hand of blessing in ways like never before, and the Lord’s promise has been realized: ‘I will build my church and the gates of Hades will not overpower it.’”

Thomas More Society special counsel Charles LiMandri said in a statement: “This was a very hard-fought case every step of the way. Pastor MacArthur and Grace Community Church refused to bow to government tyranny and they finally obtained the excellent result they deserved. Thanks to their courage and perseverance, justice prevailed and the First Amendment was vindicated. No longer can the County of Los Angeles and the State of California treat people of faith like second class citizens. This result is a victory for all Americans who cherish religious liberty.”

Had government officials refused to settle on the issue of legal fees after having court orders issued against them, the courts would probably have ordered them to pay a larger sum than they ultimately settled upon, Jonna said.

The other side “knew that they were going to be exposed to significant attorneys’ fees if they didn’t settle these cases.”

“The general rule in American law is that each party bears their own fees,” Jonna said.

In the settlement that was finalized, “no one admitted anything,” but “obviously” the actions taken against the church were “very clearly retaliatory,” Jonna said.

A year ago, the county abruptly canceled a lease for parking space that the church had been using since 1975, as The Epoch Times reported at the time.

“If you look at the timing, there was no basis to revoke the lease other than to intimidate them,” Jonna said.

Officials also tried to intimidate MacArthur, threatening him with jail time and citations, the lawyer said.

The Thomas More Society will use the $800,000 to help underwrite other legal cases, Jonna said.

The nonprofit law firm “was able to not only protect these important rights, but recover a significant sum to keep basically to finance other future cases.”