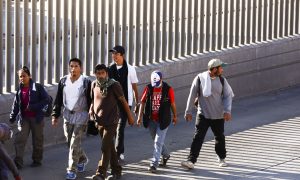 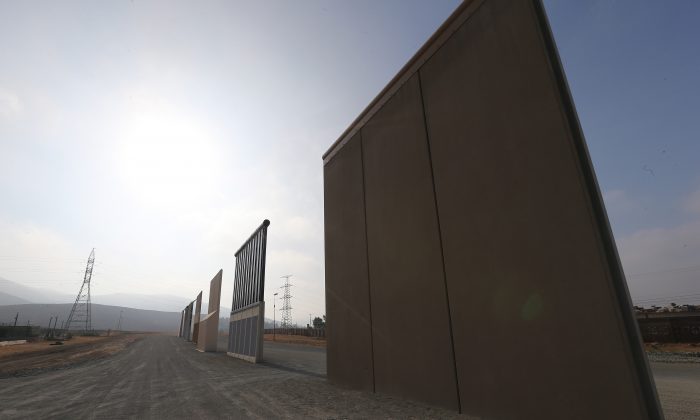 Government Shutdown: Money, Money Everywhere, But Not a Drop for a Wall 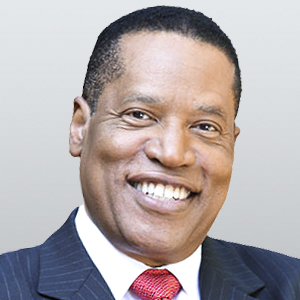 This is not our first partial government shutdown.

Somehow, someway, from 1976 through 2017, the nation has survived 18 shutdowns, the longest lasting 21 days. In this case, President Donald Trump insists that the next budget deal contain $5 billion to construct a wall on part of our southern border with Mexico.

Trump, say the Democrats, is “unwilling to compromise.” But when he asks for only $5 billion for a project with a U.S. Customs and Border Protection estimated price tag of $18 billion spent over 10 years, that is already a compromise. That $18 billion amounts to 0.0338 percent of the $53 trillion the Congressional Budget Office estimated the federal government will spend from 2018 through 2027.

For a few days, Trump dropped his demand for wall funding, angering much of his base. Did the likely next speaker of the house, Rep. Nancy Pelosi (D-Calif.), and Senate Minority Leader Chuck Schumer (D-N.Y.) applaud Trump’s “bipartisanship” and his “willingness to reach across the aisle”? Hardly.

Left-wing cable pundits mocked Trump as having “caved” on a campaign promise due to the supposedly shrewd negotiating skills of the Democrat leadership. A Vanity Fair article called Trump’s retreat a “capitulation.” When Trump reversed his reversal, the same critics promptly accused him of yielding to the demands of “right-wing” television and radio hosts.

The late President George Herbert Walker Bush knew the feeling. When he violated his “no new taxes” pledge, did Dems praise this “compromise” as an example of how “both sides can work together to get things done” on behalf of the American people? Please. James Carville, Bill Clinton’s 1992 campaign manager used it against Bush, calling it “the most famous broken promise in the history of American politics.”

The media has taken to calling the southern border wall “Trump’s wall” or “his” wall, as if it were devoid of usefulness in slowing down illegal border crossing. When Republicans began calling President Barack Obama’s health care plan “Obamacare,” some Democrats called this personalization “racist.”

MSNBC host Melissa Harris-Perry said, “The word (Obamacare) was conceived of by a group of wealthy white men who needed a way to put themselves above and apart from a black man, to render him inferior and unequal and diminish his accomplishments.” Would these be the same “wealthy white men” who, in the 1990s, referred to Hillary Clinton’s health care plan as “Hillarycare”?

Some Democrats denounce the border wall as “racist.” Pelosi called the wall—and Trump’s plan for a path to citizenship for 1.8 million “dreamers”—a “hateful anti-immigrant scheme” designed to advance the president’s agenda to “make America white again.”

This pushes the left’s narrative that not only is Trump racist, but so are the Republicans who voted for him. This attack has been effective. A recent Axios poll finds that 61 percent of Democrats believe Republicans are “racist/bigoted/sexist,” while 31 percent of Republicans feel that way about Democrats.

Beyond “racist,” say many Democrats, the wall is “wasteful” and “ineffective.” Rep. Ted Lieu (D-Calif.) said, “Democrats are certainly happy to talk about border security, but we’re not going to build this stupid vanity wall of Donald Trump’s with U.S. taxpayer dollars.” He called the wall “inefficient, wasteful technology.” Pelosi said: “[The wall’s] the wrong thing to do. It doesn’t work. It’s not effective. It’s the wrong thing to do and it’s a waste of money.”

News bulletin: Democrats base legislation on efficiency and effectiveness?!

Fine, let’s examine the massive spending that’s occurred since President Lyndon Johnson’s so-called war on poverty, an effort launched in the mid-’60s. In the following five decades, according to The Heritage Foundation, taxpayers have spent over $22 trillion in this effort. The result? Poverty, trending down in America before the mid-’60s, reversed itself.

Poverty among blacks fell from 87 percent in 1940 to 47 percent by 1960. Five years into Johnson’s “war,” America’s poverty rate declined to 12.1 percent. But within a few years, poverty reversed course and increased to 15 percent, where it has more or less remained. This “war” led to greater government dependency and increased fatherlessness as a growing number of single mothers, in essence, married the government. Has the “war on poverty” passed the efficiency test?

Then there’s Obama’s nearly $1 trillion “stimulus” plan that failed to achieve its own unemployment reduction targets. Ditto his “Cash for Clunkers,” “Cash for Caulkers” and “green-tech” programs, which have cost taxpayers billions of dollars while failing to achieve their objectives.

Obama, after insisting he lacked authority, used an executive order to create Deferred Action for Childhood Arrivals—even though immigration law is up to Congress. But Trump can’t use $5 billion from this year’s $700 billion defense budget for a down payment on a border wall for national security, the principal job of the commander in chief?