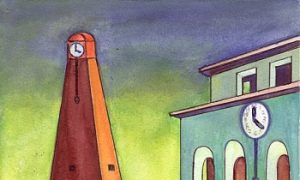 A Reading of 'A Clock Stopped' by Emily Dickinson
0
World

Both the Sri Lankan government and the Tamil Tiger rebels committed war crimes during the three-decade long conflict, a panel of experts stated in an advisory report to United Nations Secretary-General Ban Ki-moon, published on Monday.

The conflict came to an end in May 2009 with Sri Lanka’s government declaring victory over the rebels.

According to the U.N. report, there are credible allegations that the Sri Lankan government killed many civilians as a result of widespread shelling, including hospitals and other humanitarian facilities.

The rebels are accused of using civilians as human shields and killing civilians indiscriminately, as well as recruiting children to their cause, according to the report.

President Mahinda Rajapaksa’s government has called for protests to denounce the report’s findings.