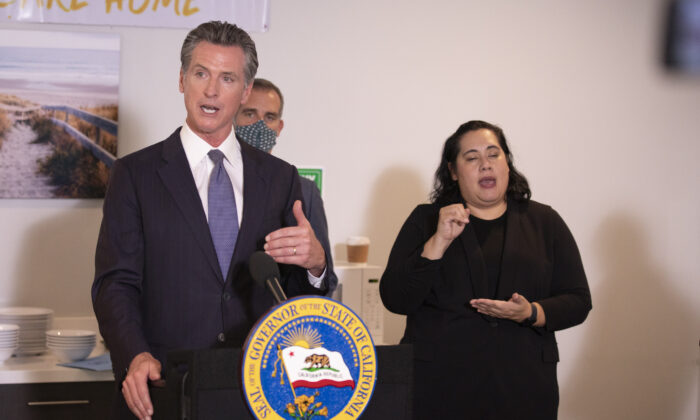 The California Legislature passed 836 bills this year, of which Gov. Gavin Newsom signed 770. That’s 92 percent. He vetoed only 66, or 8 percent. That’s about average for governors in recent years.

It’s also a reason the Legislature ought to return to part-time status, as it was before the 1970s. Texas still maintains a part-time legislature meeting every other year. Its success is shown by how, with the 2020 U.S. Census, it gained two congressional seats as California lost one.

Although high taxes and regulations are the major reasons businesses and citizens are leaving California, another factor is dealing with the irrationality of the government. The state often just doesn’t make sense. It’s guaranteed to make even less sense in the future.

That has been a theme of the series of articles I’ve written on the bills this year, of which this will be the fourth and last. The theme of this article is cultural Marxism.

One could write a dozen articles a week on the bills and only get part of the way through by the end of the year. Gov. Gavin Newsom was right, although in an ironic way he didn’t intend, when he said on Oct. 9 while signing his last batch of bills, “What we’re doing here in California is unprecedented in both nature and scale.”

My previous three articles are here, here, and here.

Assembly Bill 338 is by Assembly member James C. Ramos (D-Highland). The bill concerns what to do after vandals tore down the statue of Fr. Juniper Serra on the grounds of the state Capitol on July 4, 2020. The bill replaces it with a statue of Native Americans, so that, in the bill’s language, “the devastating impact of the mission period, and Father Serra’s role in that devastation, [will] be recognized and acknowledged.”

Critics said the action is an affront to the state’s more than 10 million Catholics. Bishop Jaime Soto of Sacramento said that, although the Native Americans suffered during that period, Serra worked “to protect the dignity of native peoples. His holiness as a missionary should not be measured by his own failures to stop the exploitation or even his own personal faults.”

Los Angeles Archbishop Jose Gomez and San Francisco Archbishop Salvatore Cordileone added in a Wall Street Journal article, “No serious historian has ever made such outrageous claims about Serra or the mission system, the network of 21 communities that Franciscans established along the California coast to evangelize native people.”

The Legislature easily could have both restored the Serra statue and erected a new statue on the Capitol grounds to the Native Americans, adding to the 12 memorials already there. The Serra vandalism also comes after the statue of Christopher Columbus was removed from the Capitol Rotunda in June 2020.

All this is pure, unadulterated cultural Marxism. It’s shoving history down Orwell’s “Memory Hole” and erecting a false narrative to advance a socialist agenda.

Assembly Bill 1084 is by Assembly member Evan Low (D-Campbell). It requires stores with more than 500 employees that sell toys to add “a gender-neutral section or area, to be labeled at the discretion of the retailer, in which a reasonable selection of the items and toys for children that it sells shall be displayed, regardless of whether they have been traditionally marketed for either girls or for boys.”

Low seems not to have noticed how children tend to wander around stores and find whatever toys they want to cajole their parents into buying.

The clueless legislator explained: “Part of it is to make sure if you’re a young girl that you can find a police car, fire truck, a periodic table or a dinosaur. And then similarly, if you’re a boy, if you’re more artistic and want to play with glitter, why not? Why should you feel the stigma of saying, ‘Oh, this should be shamed’ and going to a different location?”

Aside from the cultural Marxist coercion element, the bill has other problems.

Notice the vagueness, which could lead to the prosecutions even of the most vigilant retailers: “gender neutral” … “section or area” … “discretion of the retailer” … “reasonable selection” … “regardless of whether.” This is going to be a field day for lawyers.

AB 1084 will also increase costs by an unknown amount for retailers, for lawyers to figure it out, and for employees to implement it by erecting new areas of the store with new labels. The bill will also scare off parents from such stores, sending even more business online, where such restrictions don’t apply. Many jobs will be killed.

The bill has received national attention and is another reason the state is such a laughingstock.

Assembly Bill 101 is by Assembly member Jose Medina (D-Riverside). It mandates “the completion of a one-semester course in ethnic studies … including for pupils enrolled in a charter school.”

In an explanation on his website oddly titled “I am Ethnic Studies!” Medina stated: “AB 101 is necessary to ensure all students develop a foundational and accurate understanding of United States history. We are poised to lead the nation in education equity for all students. And become the first state to require ethnic studies as a high school graduation requirement.”

The letter (pdf) stated that the imposed curriculum would be “firmly rooted in the highly politicized and controversial version of the discipline known as Critical Ethnic Studies. The discipline is firmly rooted in neo-Marxist ideologies that divide society into oppressed and oppressor groups based primarily on race, and, as part of its disciplinary mission, uses the classroom to indoctrinate students into narrow political beliefs and political activism. Pursuing a narrow political framework in education is divisive, discriminatory and inflammatory.”

AB 101 also dilutes the value of charter schools, which were created specifically to avoid most of the mandates of the labyrinthine state Education Code. The code already runs to 4,058 pages, according to the March edition sold on Amazon. The 2022 edition will run many pages longer.

The bill tosses another problem to local school boards, which already are grappling with critical race theory (CRT), as The Epoch Times has been covering.

I’ve talked to several young couples with children about this mandate and CRT. They say it’s yet another impetus to get their kids out of California to a more sensible state.