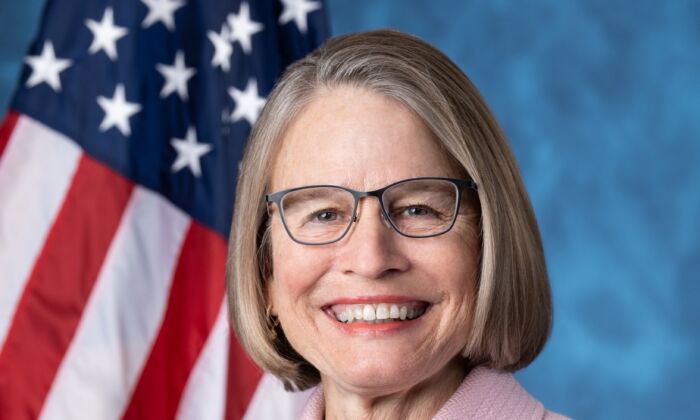 GOP Rep. Miller-Meeks Responds to Pelosi on Democrats’ Effort to Unseat Her

Republican Congresswoman Mariannette Miller-Meeks (R-Iowa) responded to Speaker Nancy Pelosi’s (D-Calif.) telling reporters there is a chance that the Democrat’s investigation into Miller-Meek’s election results could lead to the Representative being unseated and her opponent, Rita Hart, taking her place.

Miller-Meeks told Fox News on Monday that the public should be “outraged” at what the Democrats are attempting to do because her victory has been officially certified at many levels.

“Well, it’s both disappointing and honestly people should be outraged,” she said.

House Speaker Nancy Pelosi (D-Calif.) on Sunday excused Democrats who launched an investigation into possibly unseating an elected GOP House representative, explaining that the margin of victory was extremely slim.

“It was six votes,” Pelosi told ABC News on Sunday, noting the number of votes by which Miller-Meeks defeated her Democratic opponent, Hart.

Miller-Meeks was ultimately seated in Congress after votes were counted, recounted, and certified by the state. Several days ago, the House Administration Committee started a process that could lead to Miller-Meeks being unseated.

Miller-Meeks said that she was certified by her state and that Democrats did not raise any objections before or during her taking her oath of office, but now Hart has bypassed the Iowa courts and gone to Democrats in Congress to try to overturn the election results.

“It was six votes, and our candidate Rita Hart, the Democratic candidate asked for this process to begin,” Pelosi told ABC. “What the committee did, the House Administration Committee, was very narrow to take the process to the next step and see where it goes from there. An election of six votes out of 400,000 votes cast. This is not unique. This has happened, maybe even when you were in the Capitol before when races had been close one side or the others saying, let’s take it to the House.”

The former health official and Iowa doctor pushed back at Democrat’s effort to overturn her constituents’ 6 votes with 6 votes from Congress.