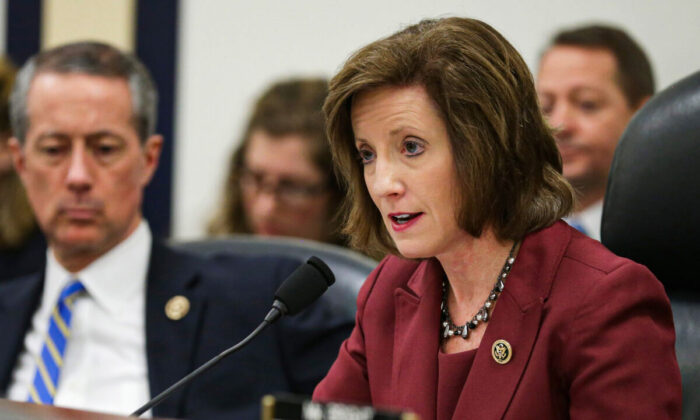 Rep. Vicky Hartzler (R-Mo.) introduced a bill on Feb. 16 that would bar high-ranking Chinese Communist Party (CCP) officials and their family members from studying in the U.S. colleges, a move she said woulld combat the regime’s efforts to “undermine” the United States.

“We have to realize that China has a plan for world domination,” Hartzler said in a recent interview on NTD’s “Capitol Report” program. “It sounds like some Hollywood movie; that’s the reality.”

“We shouldn’t be aiding and abetting those who want to do us harm. It’s just wrong,” the congresswoman added.

The bill, named the “Protecting Higher Education from the Chinese Communist Party Act,” would halt issuing students or research visas to senior CCP officials and their family members, including their children and grandchildren.

There are over 317,000 students from China enrolled in the U.S. higher education institutions in the 2020-2021 school year, according to data compiled by the Institute of International Education and the U.S. State Department. The number accounted for 35 percent of international students.

According to Hartzler, some of those students may have family members serving in the Party’s high-ranking decision-making body the National Congress.

Particularly, she noted the daughter of CCP leader Xi Jinping reenrolled for graduate studies in the United States in 2019. Xi’s daughter, Xi Mingze, obtained her undergraduate degree at Harvard University in 2014.

In a 2019 document, the FBI warned that the Chinese authorities use some of its students and professors in the United States “to operate as non-traditional collectors of intellectual property.”

“These Chinese scholars may serve as collectors—wittingly or unwittingly—of economic, scientific, and technological intelligence from U.S. institutions to ultimately benefit Chinese academic institutions and businesses,” it stated.

To defend the United States against the CCP’s espionage, the Trump administration blocked visas for certain post-graduate Chinese students or researchers who have ties with institutions that aid the Chinese military.

Hartzler’s push came as Beijing staged the Olympic Games amid rising scrutiny of its human rights violations in Xinjiang and elsewhere.

According to researchers, more than one million Uyghur and other Muslim minorities have been incarcerated in internment camps in Xinjiang, where they have been subjected to forced sterilization, torture, political indoctrination, and forced labor. The United States has designated the regime’s actions a genocide.

“While the CCP commits genocide and other atrocities, they continue to send their children to the United States to receive a world-class education. This must be stopped,” Hartzler said in a statement.