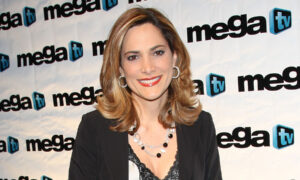 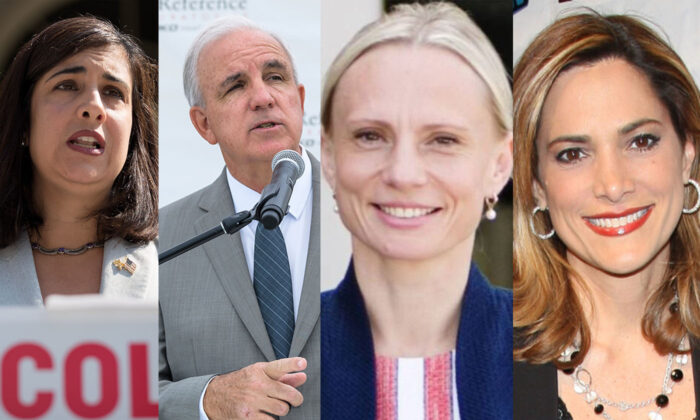 Several Republican Reps.-elect whose families fled socialist countries are forming a “freedom force” in Congress to fight socialism and counter the socialist “Squad.”

“We need to form our own ‘squad.’ We have a group of new Republicans who love America. We value freedom, liberty, and opportunity,” Rep.-elect Nicole Malliotakis (R-N.Y.) told the New York Post.

In the House, a group of progressive women with a socialist agenda became known as the “Squad” including Reps. Alexandria Ocasio-Cortez (D-N.Y.), Ilhan Omar (D-Minn.), Rashida Tlaib (D-Mich.), and Ayanna Pressley (D-Mass.). They have supported the “Defund the Police” movement, “Medicare for All,” free college education, “The Green New Deal,” and other socialist policies.

Spartz grew up in the Ukrainian Soviet Socialist Republic and lived there for over 20 years. She said she’s very sad to see what is happening in the United States.

“I saw what happens when it runs out of money and it is not pretty [in Soviet Ukraine],” she said during an interview with “Fox & Friends.” “And now we’re building socialism. I’m kind of going full circles. I can tell you what is going to be next. It’s very sad for me to see that.”

Salazar, whose parents fled Fidel Castro’s socialist Cuba, vows to fight back against socialism in Congress.

Offices of Ocasio-Cortez, Omar, Tlaib, and Pressley didn’t immediately respond to requests for comments from The Epoch Times.

The GOP made gains in the House this election, coming out of the Nov. 3 election winning all 26 of the districts considered “toss-ups” by the Cook Political Report. Republicans also picked up 7 of the 36 seats that the major political forecaster rated as leaning in favor of the Democrats.

Election results so far show the Republicans gaining eight extra House seats, seven from the Democratic party and one from others.

Several Democrat Congress members warned after the election that the Democratic party’s lean toward the socialist agenda likely cost the Democrats some House seats.

The Democratic party is forecast to keep its majority in the House with a narrow margin.