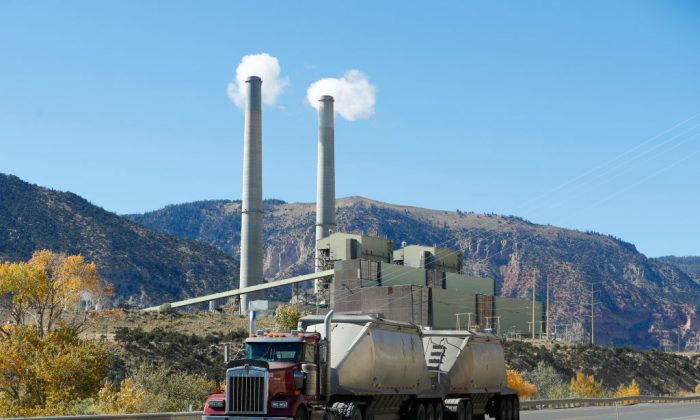 A coalition of 13 Republican attorneys general filed a “motion to intervene” on Monday, asking a federal energy regulator to block The Vanguard Group from buying shares of publicly listed utility firms due to its decarbonization goals.

In February, Pennsylvania-based Vanguard asked the Federal Energy Regulatory Commission (FERC) to extend the blanket authorization granted in 2019 to buy large quantities of shares in utility firms. Section 203 of the Federal Power Act (FPA) does not allow the firm to own over $10 million worth of public utility shares until it gains authorization from FERC.

In the motion, the attorneys general point out that FERC only granted such authorization to Vanguard back in 2019 due to assurances from the firm that it will refrain from investing “for the purpose of managing” utility companies.

The firm also guaranteed that it will not take any action that affects the prices at which power is transmitted or sold, nor would it seek to exercise any control over the day-to-day management of utility firms.

“Now, Vanguard’s own public commitments and other statements have at the very least created the appearance that Vanguard has breached its promises to the Commission by engaging in environmental activism and using its financial influence to manipulate the activities of the utility companies in its portfolio,” the motion says.

In a Nov. 29 press release, Republican Attorney General Todd Rokita from Indiana pointed out that Vanguard has committed itself to the Net Zero Assets Managers initiative as well as other climate alliances that aim to achieve net zero emissions.

“Given such activism, Vanguard cannot possibly have refrained from interfering with or exercising some measure of control or influence over these coal- and gas-powered energy companies,” he said.

A Vanguard spokesperson said in an emailed statement to The Epoch times, “As an investor-owned asset manager, Vanguard’s role is to promote long-term value creation for investors in our funds, leaving management and policy decisions to companies and policymakers. We look forward to working through the regulatory process.”

Since there are investor-owned utilities in these states, the weakening of such companies would harm the people residing in the states, the filing said.

The motion gave the example of Utah-based PacifiCorp owned by Berkshire Hathaway. In 2022, Vanguard pushed climate disclosure for a few of Berkshire’s “carbon-intensive operating companies” while noting that some of these firms have made net greenhouse gas emissions.

At present, 20 percent of PacifiCorp’s energy comes from natural gas or coal generation. In Utah, this includes facilities at Hunter, Currant Creek, and Huntington.

If costs went up due to the closure of these facilities or because of using more expensive alternative energy sources, consumers in the state would be harmed, the motion stated.

“We took this action on behalf of American energy consumers because time and time again we see massive Wall Street firms pretending to ‘passively’ manage their shares,” Consumers’ Research Executive Director Will Hild said in a statement to The Daily Wire.

“But instead they use those assets to bully utility companies into adopting radical left-wing policies that drive up electric bills and risk the stability of our power grid.”