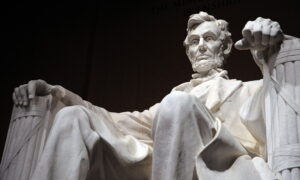 In Need of Inspiration? Let’s Visit Some Heroes From Our Past.
0
Share Now
TelegramFacebookTweetEmailTellMeWeReddit
Copy Link 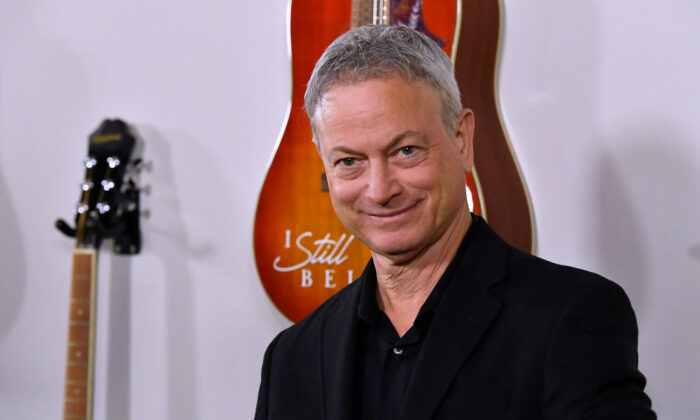 Good Men: Some Heroes Who Walk Among Us

A preliminary note: I am well aware that many women are worthy of emulation and admiration. Here I am writing about men, as I have done on several other occasions. Please, dear readers, understand that I hold women in equally high esteem.

In the film “Chariots of Fire,” which focuses on two British runners in the 1924 Olympics, Eric Liddell and Harold Abrahams, Liddell shares this thought with a crowd of admirers: “So where does the power come from, to see the race to its end? From within.”

For Liddell, a devout Christian who would later serve as a missionary in China and who died in a Japanese internment camp during World War II, the power to which he refers is God. Certainly a belief in a higher power, as we will see below, can give a man extraordinary fortitude in the face of danger, but whatever the source of their strength, we can think of some men who persevere in their quest for truth and justice, often for no apparent personal gain, or who hold fast and fight for a just cause rather than run.

Why? What constitutes the difference between that extraordinary man of deeds as opposed to the ordinary fellow, or worse, the coward? Why do some men stand on stone while others quiver on sand?

I’m not sure that I—or anyone else, for that matter—can fully answer that question. Though we may know ourselves and others reasonably well, in the words of novelist Thomas Wolfe, “Each of us is all the sums he has not counted.” Each day of our lives molds us, our memories of the past and our hopes and fears regarding the future also fire this kiln, and we are strangers even to loved ones, even in some ways to ourselves.

But we can take inspiration from those who appear to possess an inner power “to see the race to its end.”

Can We Still Honor Heroes?

Today we are often guilty of misusing the word hero. During the pandemic we labeled many who were simply doing their jobs as heroes. Even worse, we now cast former heroes aside for their warts and human imperfections, disregarding their excellent character or their noble deeds. The reputation of Charles Lindbergh, for example, was besmirched on several fronts, yet the fact remains he was the first person to fly solo across the Atlantic. Robert E. Lee’s family did own slaves, but he also was the quintessence of a gentleman who several times fought his Yankee opponents to a standstill and who after the Civil War counseled peace and reconciliation. When we fail to account for nuance in history, we fail to understand the past.

Among the living we may have even greater difficulty finding public figures we admire. All too often some of our commentators try to rip them apart or disparage their accomplishments, in part because of their political or cultural views. Make one comment on social media viewed as insensitive, as we shall see below, and your career may be destroyed.

Nevertheless, here are three men whose stories make me want to become a better and a stronger person.

Gary Sinise has acted in over 30 films, numerous television shows, and on stage. He’s appeared in such movies as “Apollo 13” and “The Green Mile,” and has won major awards for his acting.

Most likely, however, Sinise will best be remembered for his role as Lieutenant Dan in the film “Forrest Gump.”

Here Sinise plays a Vietnam veteran who loses both his legs in combat and who becomes bitter and cynical about the war and the treatment he receives from his country, but who eventually makes his peace with the war, himself, and his circumstances. This role led Sinise to become involved with veterans wounded in combat when the organization Disabled American Veterans asked Sinise to appear at their annual convention. From that point on, he became committed to helping America’s wounded vets.

In the article “Gary Sinise Foundation Celebrates Ten Years Helping Active Military and Veterans,” Alex Parker mixes commentary and video to show readers this amazing partnership and Sinise’s role in helping our veterans and their families. In the touching videos included in Parker’s article, Sinise demonstrates the volunteerism, the commitment to others, and the sacrifice of time and treasure that helped make this country great.

Stand and Face Your Executioners

In June 2021, Quillette Magazine opens this story, “A Conversation with Daniel Elder, the Composer Cancelled for Opposing Arson,” with this paragraph:

“On May 30th, 2020, amid an anti-police-brutality protest in Nashville, TN, several white protesters allegedly attempted to burn down the city’s Metro Courthouse. In response, choral music composer Daniel Elder, who lives nearby, wrote an Instagram post that read, ‘Enjoy burning it all down, you well-intentioned, blind people. I’m done.’”

For this post, which most of us might consider innocuous, Elder was pilloried on social media and denounced by his publisher, GIA Publications, which primarily puts out religious music. On this occasion, his employers even wrote out the statement of apology and submission that they believed Elder should issue to his detractors.

Elder refused to put his name to this letter and lost his job.

As Elder, who is a centrist-leftist, told Quillette, “Someone that arouses the attention of the online mob rarely escapes punishment by prostrating. Stand and face your executioner.” He ends the interview with these words: “I say this as an encouragement to the silent majority all around us: If you’re willing to endure the painful trial of self, you will be better for it in the end. And, with enough of us, the world will be better, too.”

Daniel Elder elected to take the hits rather than buckle to bullies.

The Hong Kong Billionaire Sitting in a Prison Cell

His father fled the communist Chinese, the government sent his mother to a labor camp, and the boy made his way hawking wares in the street and carrying luggage at a train station. At age 12, he stowed aboard a ship bound for Hong Kong, found work in a garment factory, became part of the management, saved his money, and eventually opened his own clothing business, where he became a billionaire.

After China’s 1989 Tiananmen Square massacre, Jimmy Lai began publishing a magazine and newspaper opposed to the Chinese Communist Party. He has spent the years since then fighting against the oppression and corruption of the Party. In the meantime, inspired in part by his pious wife, he became a fervent Catholic and found himself guided by the teachings of Christianity in all parts of his life.

In late June of this year, the government arrested Lai. Today he sits in a Hong Kong prison, a prisoner of the CCP, his paper shut down and most of his fortune confiscated, taken away by means of China’s national security laws.
In The Federalist’s article “Modern-Day Martyr: Meet The Self-Made Billionaire Who Is Sacrificing It All For God,” which I highly recommend, Christopher Bedford pays homage to the courage of this man of faith. He takes excerpts from several interviews Lai has given over the years. Typical of Lai’s thinking are these remarks: “‘Life,’ he told the Catholic Napa Institute in an October 2020 interview, ‘is more than just bread; life has a greater meaning.’”

Others who know Jimmy Lai praised him when contacted by Bedford: “In Western universities and board rooms, souls are cheap. But Lai’s is not. ‘What separates Jimmy Lai,’ a friend in corporate consulting wrote me, ‘from many of this era’s modern-day princes is that he deeply cares about something beyond his own money, power and status.’”

How many of us do the same?

When the Hard Path Is the Right Path

In his poem “Do not go gentle into that good night,” Dylan Thomas included this verse:

Good men, the last wave by, crying how bright
Their frail deeds might have danced in a green bay,
Rage, rage against the dying of the light.

Men like Gary Sinise, Daniel Elder, and Jimmy Lai will have no reason to mourn frail deeds. They are flames in the darkness of this world, fighting the good fight, and offering the rest of us models in virtue and courage.

When I read of such men, I wonder, as does Christopher Bedford in his essay, how many of us possess the grace to resist capitulating to the spirit of the age, to fight against the temptation to trade virtue for expediency. In regard to China, for example, Bedford asks how many of our government officials and corporate heads “bow before a thieving, lying, murderous godless slave state in exchange for access to growing markets?”

We might add these questions: How many of us are like Daniel Elder, willing to stand and face our executioners? How many of us give of ourselves to worthy causes like Gary Sinise?

When I read the stories of such good men, or even when I meet them in my own life, husbands and fathers who shine with virtue, I examine the state of my character and often find myself wanting.

But here’s the good news: these men make me want to be a better person, to become that person who doesn’t need to “rage against the dying of the light” but who can instead face death with a smile on his face.

When I think of such men, when I study them, they ennoble my soul.

Jeff Minick has four children and a growing platoon of grandchildren. For 20 years, he taught history, literature, and Latin to seminars of homeschooling students in Asheville, N.C. He is the author of two novels, “Amanda Bell” and “Dust On Their Wings,” and two works of non-fiction, “Learning as I Go” and “Movies Make the Man.” Today, he lives and writes in Front Royal, Va. See JeffMinick.com to follow his blog.