The Scandal of the Media’s Reporting on Scandals, Both Fake and Real
0
Share Now
TelegramFacebookTweetEmailTellMeWeReddit
Copy Link 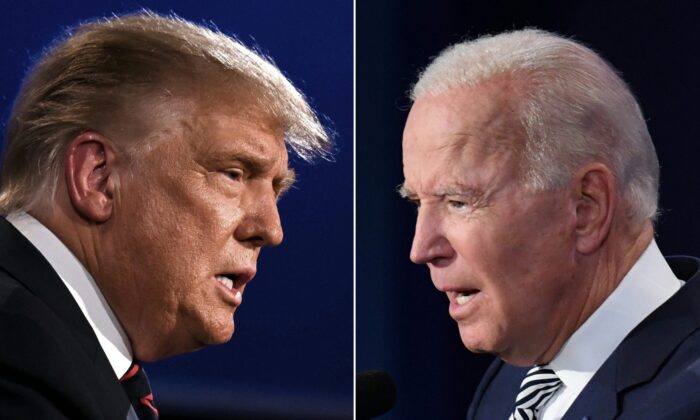 Good and Evil: Now Everyone Knows Where to Find Them

You don’t have to be as old as I am to remember a time when the meritocracy (as our bumptious ruling class likes to call itself) took pride in its distinction from lesser mortals by its superior appreciation of what they called nuance, those so-called “gray areas” between black and white, evil and good, that the simple folk were too blind to see and too stupid to understand.

Another favorite barb launched by the intellectual elite against those who failed to measure up to their subtlety of judgment and their capacity for making fine moral distinctions was against the supposedly “Manichaean” worldview of the latter, which meant much the same thing.

They of the inferior classes must have deserved their lower status because their moral outlook resembled that of the believers in an ancient, now-discredited dualistic religion that saw the created world as being starkly divided into the good and the evil.

Now it’s the elites that see everything in terms of evil and good—or, to express it in exigent but equivalent terms, Trump and NeverTrump. Oh, and by the way, the elites—they who know what’s best for the rest of the world—are all on the side of the good. By definition.

Even the stupidest of those in the lower ranks of society who take a different view can work out where that puts them. I don’t think they’re at all happy about it.

This curious reversal of rhetorical styles can only be a reflection of the quasi-Marxist (it might be more accurate to call it Leninist) ideology that has lately been adopted by the progressive-minded as their own and that divides the world into oppressors and oppressed. Like Manichaeism, this model of moral reality leaves no room for a middle ground—a “gray area,” if you will.

And, like Marxism, this daughter ideology’s purpose is to envisage, albeit hazily, the inevitable revolutionary triumph of the oppressed, who now include anyone belonging to any of the ever-increasing number of identity groups with a claim to oppressee status, over their notional oppressors.

These, of course, are basically white male members of the same elites—and their lackeys, like Amy Coney Barratt or Clarence Thomas—who have not yet received what the poet Robert Browning described nearly two centuries ago as “the new knowledge.”

This is why progressives so often speak of themselves as being “on the right side of history.” The rest of us, those who cling to the old knowledge—especially where it celebrates our country’s greatness in the past, or the future—must be on history’s wrong side. Also by definition.

The imaginative power of this neo-Manichaean model of reality to the educated classes of rapidly secularizing 21st century America, as to those of other post-Christian countries of the Western world, can hardly be overstated.

It appears to have made wholesale conversions among the elites in education, sports and entertainment, the media, government bureaucracies, the legal profession and the judiciary, the highest echelons of law-enforcement and the military and even, just lately, corporate management.

Such people can hardly claim to be oppressed themselves, of course, but they can and increasingly must justify their elite status by claiming to be on the side of the oppressed, whoever they may be or claim to be—that side which is also known as “the right side of history” in the currently fashionable mythology.

All this should be borne in mind as we prepare to cast our votes next Tuesday—assuming we have not, as the elites have long been urging us to do, already cast them.

Lance Morrow, my colleague at the Ethics and Public Policy Center in Washington, wrote an excellent article in Wednesday’s Wall Street Journal in which he animadverted upon the tendency of both parties in this election season to engage in ever more ridiculous hyperbole about their own virtues and the wickedness of those in the other party.

He rightly observes that “overstatement is Donald Trump’s natural style anyway,” but I’m not sure he’s right to imply that the exaggerations of the left about the President, by which “he’s a psychotic, he’s the anti-Christ, he’s Hitler, he’s the Tasmanian devil” are merely in answer to Mr. Trump’s own exaggerations.

For the language of absolute good and evil is not just the natural or even the adopted style of the NeverTrump left, which has styled itself as “the Resistance” since before he took office.

It is an essential part of who they are and what they believe. It is possible to imagine the President laughing at his own rhetorical excesses, as I believe he has done on occasion. He cannot be unaware that he is always putting on a show; he would not be so good at it if he were.

The other side, as we see every day in the mainstream media, have no such self-awareness. When they suppress the news of Joe Biden’s corruption with ever lamer and more transparent excuses about its being “unsubstantiated” or “Russian disinformation,” they really believe it, just as they do when they insist on their own fairness and non-partisanship in the teeth of all the evidence of their bias.

Contemporary progressivism, especially as it is being sold by the media, is thus a sort of secular Calvinism, offering its adherents a place among the Elect if only they will believe. Like Joe Biden—or like James Comey, still polishing his halo as he denies any wrong-doing in Spygate (“a baseless conspiracy theory,” agrees The New York Times)—they see themselves as being on the right side of history, the side of the good by definition, and therefore they can do no real wrong. By the same token, they know they must be speaking the truth because it is they who speak it.

If you’re happy being governed by such people for the next four years—and whoever Joe Biden’s necessary little helpers in running the country may turn out to be they will be sure to be such people—you should definitely vote for Joe.