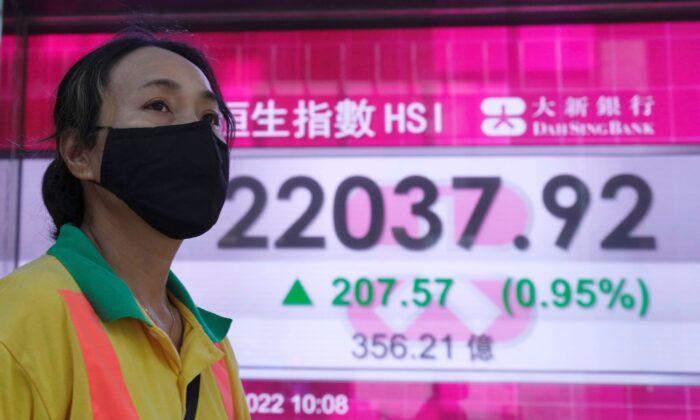 TOKYO—Shares declined Tuesday in Europe after an upbeat session in Asia, while Wall Street futures slipped ahead of the reopening of U.S. markets from the Independence Day holiday.

The war in Ukraine and its impact on energy supplies are casting a shadow over the global economic outlook at a time when central banks are raising interest rates to slow inflation.

The International Energy Agency said in a report Tuesday that high prices for natural gas and supply fears due to the war in Ukraine will crimp economic activity, slowing the growth in demand in coming years.

The Paris-based agency forecast global demand for natural gas will rise by 140 billion cubic meters between 2021 and 2025, less than half the increase of 370 bcm seen in the previous five-year period. It said the revised forecast is mostly due to expectations of slower economic growth rather than buyers switching from gas to coal, oil or renewable energy.

A recent report by Fitch Ratings said a technical recession in the region using the euro was increasingly likely due to disruptions in Russian gas supplies to Europe.

German Chancellor Olaf Scholz gathered top employer and labor union representatives at his Berlin office Monday to seek ways of addressing the impact of rising prices while preventing a spiral of inflation in Europe’s biggest economy.

Benchmarks in Asia were mostly higher on hopes for an easing of trade tensions between Beijing and Washington.

Australia’s S&P/ASX 200 rose 0.3 percent to 6,629.30 after the central bank lifted its benchmark interest rate for a third time in three straight months, changing the cash rate to 1.35 percent from 0.85 percent. The Reserve Bank of Australia’s half a percentage point rise on Tuesday was the same size as its June increase.

When the bank lifted the rate by a quarter percentage point at its monthly board meeting in May, it was the first rate hike in more than 11 years.

Global investors have been worried about surging inflation and the possibility that higher interest rates could bring on a recession in some economies. Minutes of the latest policy meeting of the Federal Reserve are due out on Wednesday and could bring hints on future policy.