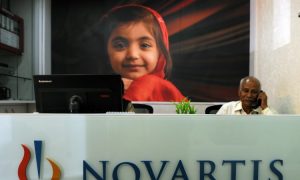 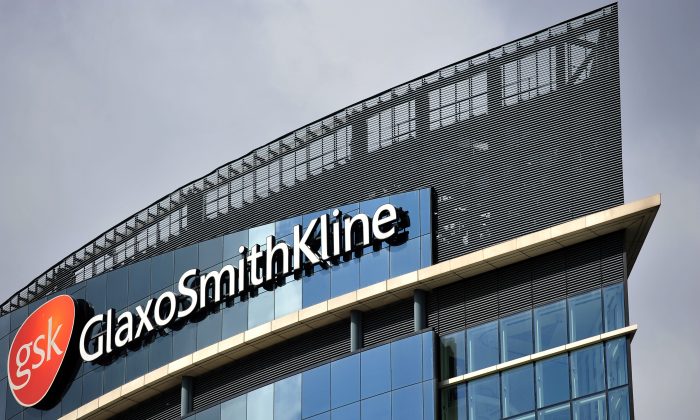 In a major departure from industry practice, GlaxoSmithKline, the sixth-largest global drug maker, announced Tuesday that it will no longer hire doctors to promote its drugs.

The company will also stop tying compensation for sales representatives to the number of prescriptions written for drugs they market. The changes will be made worldwide over the next two years.

Glaxo’s move is more evolutionary than revolutionary, the last step in a dramatic reduction in its spending on physician speakers in recent years. Some competitors have shown no signs of letting up.

Glaxo first began reporting its payments to doctors in 2009. During the last nine months of that year, it spent an average of $15.4 million per quarter on paid promotional talks, according to ProPublica’s Dollars for Docs database of pharmaceutical company payments to physicians.

That’s an overall decline of more than 80 percent.

By comparison, Forest Labs, a much smaller drug maker, spent more than $9 million a quarter on physician speakers last year.

Earlier this year, Glaxo spokeswoman Mary Anne Rhyne wrote in an email to ProPublica that the company’s promotional spending tracks with new drugs or new uses for existing products. “That activity has been relatively low in the past year, so spending for speaker programs has been lower, too,” she said.

Glaxo’s well-known drugs include Advair for asthma, Lovaza for high triglyceride levels, and Avodart for prostate enlargement. It also makes the diabetes drug Avandia, which was subjected to tough restrictions from the FDA in 2010 because of concerns about heart risks. The FDA recently eased those restrictions after reconsidering the risks.

The top recent speaking programs for Glaxo involved Advair and Jalyn, which treats problems with urination for men with enlarged prostates, Rhyne said earlier this year.

In an email this morning, Rhyne said the company had taken a number of steps to change its sales and marketing practices in recent years. “This is the next step of that evolution,” she wrote.

Pharmaceutical companies have faced increased pressure as their payments to doctors have been made public, in part through efforts like Dollars for Docs. More than 15 drug companies report their payments to doctors for speaking, consulting, meals, travel, and research under Corporate Integrity Agreements with the federal government that arose from settling lawsuits alleging unlawful marketing.

Beginning next year, every drug and medical device company will have to make payments to doctors public under the Physician Payment Sunshine Act, a provision of the 2010 Affordable Care Act. Some experts have said that such transparency will discourage doctors from accepting payments, a contention supported by some doctors themselves.

“Many people have wondered, what difference will it make?” asked Susan Chimonas, a research scholar at the Center on Medicine as a Profession at Columbia University. “Will it clean up practices, or just allow the status quo to continue so long as there is transparency? Glaxo’s move is giving us an early answer—and reason for optimism. The saying about sunlight being the best disinfectant—that’s exactly what we’re seeing here. The Sunshine law is working.”

The American Medical Student Association has called on medical schools to adopt strict policies limiting pharmaceutical company interactions with faculty. And some doctors themselves are calling on peers to be transparent with patients. They have created a website called Who’s My Doctor: The Total Transparency Manifesto.

Still, some doctors continue to accept hundreds of thousands of dollars in payments from the pharmaceutical industry.

Glaxo’s chief executive Andrew Witty told the Times yesterday that the changes were being made “to try and make sure we stay in step with how the world is changing. We keep asking ourselves, are there different ways, more effective ways of operating than perhaps the ways we as an industry have been operating over the last 30, 40 years?”

“Today we are outlining a further set of measures to modernize our relationship with healthcare professionals,” Witty said in a press release. “These are designed to bring greater clarity and confidence that whenever we talk to a doctor, nurse or other prescriber, it is patients’ interests that always come first. We recognize that we have an important role to play in providing doctors with information about our medicines, but this must be done clearly, transparently and without any perception of conflict of interest.”

The British drug maker has faced intense criticism of its business practices. In July 2012, Glaxo agreed to pay $3 billion, a record, to settle criminal and civil claims “arising from the company’s unlawful promotion of certain prescription drugs, its failure to report certain safety data, and its civil liability for alleged false price reporting practices,” the U.S. Justice Department announced.

Glaxo also agreed to plead guilty to two counts of introducing misbranded drugs, Paxil and Wellbutrin, into interstate commerce and one count of failing to report safety data about Avandia to the Food and Drug Administration.

The company also has been under fire for bribing doctors in China to prescribe its drugs and using travel agencies to cover it up. In July, the company said that some senior executives in China appeared to have violated Chinese law.

Amid these troubles, Glaxo has also been more transparent than some of its peers. In October 2012, the company said it would disclose its clinical trial data to researchers—another industry first.

“We’re increasingly realizing that the more you can make this an open enterprise, the more likely you are to be able to get an advance which allows you to make a medicine,” Dr. Patrick Vallance, president of pharmaceuticals research and development at GlaxoSmithKline, told The New York Times. “I think we recognize that you learn as much about the medicine after it’s launched as you knew before.”