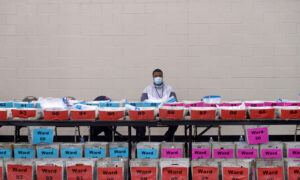 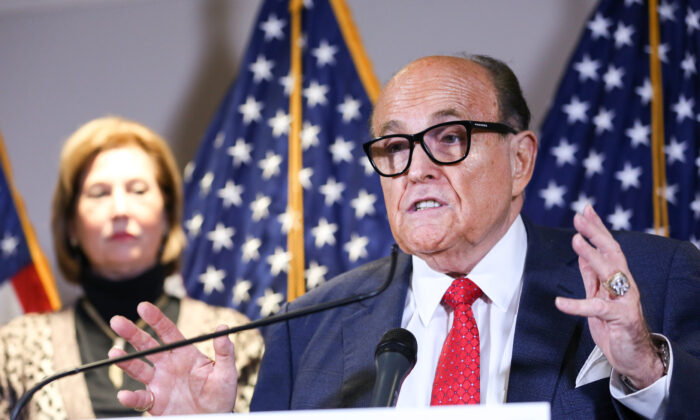 “The objective here is twofold. One is to get the right case to the Supreme Court. And we’ve got four or five of them that are headed there. And also to try to convince the legislators that they shouldn’t certify false statements, they shouldn’t certify completely bogus vote counts,” Giuliani said during a virtual appearance on One America News.

There are legal cases that the campaign could take to the nation’s highest court. The decision is to pick the right one, Giuliani said.

“The game plan at that point is, by that time, you’ll have proven your evidence. The evidence will show that there had been a massive fraud claim. Notice the Biden people have changed their tune. Their original tune was ‘oh, there was no fraud, no fraud, no fraud, everything was clean, the election was the cleanest in history.’ Now their claim is, ‘oh, there was some fraud, but it wasn’t a lot.’ Pretty soon their claim is going to be, ‘there was a massive amount of fraud, but elect Biden anyway.'”

The Supreme Court decides whether to take up cases upon appeals if lower courts rule against plaintiffs.

“We’re going to the state legislatures,” Giuliani said during a separate appearance on Newsmax. “We’ve got a lot of evidence. We don’t have a lot of time… The public has only a small idea of the kind of evidence that we have.”

Giuliani said on One America News that the campaign has 400 to 500 affidavits from people who “specifically witnessed crimes that were committed in five or six different states in what is the biggest voter fraud scheme in the history of this country.”

A Pennsylvania court on Friday rejected an appeal from Trump’s campaign in their challenge of the state’s election results. The U.S. Third Circuit of Appeals ruled the challenge didn’t have merit and that campaign lawyers didn’t provide evidence of voter fraud.

“I don’t know about the judges, why they shy away from the fact that the allegations are quite specific,” Giuliani said.

“The complaint is 30 pages long, I invite you to read it. It has the names of the people making the allegations, it tells you what they saw, it tells you that they saw ballots that were being forged. They saw ballots that were being counted four or five times the night that had happened. These are about as specific as allegations can get. So I don’t know if it’s an excuse to stay away from a hard case or who knows, the reality is they’re not going to get away with it, because we can’t do it in court, we’ll do in the state legislatures.”

In a separate legal battle, a Pennsylvania judge said Friday that Republicans who sued Pennsylvania will likely prevail. Commonwealth Judge Patricia McCullough said Pennsylvania officials appear to have violated the Constitution by expanding mail-in voting without a constitutional amendment.

Trump’s campaign and Republicans have filed a flurry of lawsuits in battleground states like Pennsylvania and Michigan. At the same time, the campaign has asked state lawmakers to intervene by sending electors to Washington for Trump even if results show Democratic presidential nominee Joe Biden won the state.