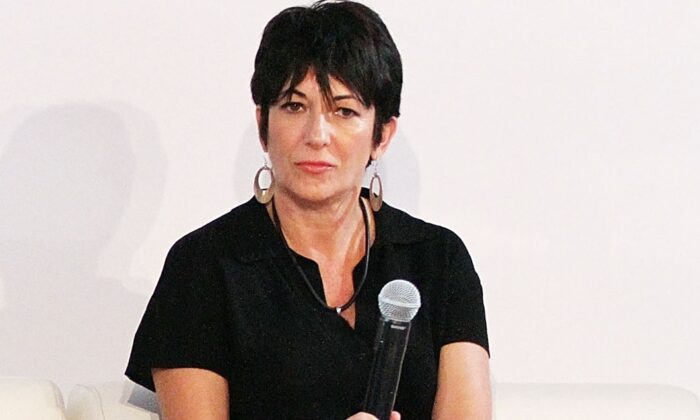 Convicted sex trafficker Ghislaine Maxwell has been moved to a low-security federal prison in Florida, which offers a number of amenities including yoga and movies, to serve out her 20-year prison sentence.

Accused of being a madam to convicted sex trafficker Jeffrey Epstein, Maxwell was convicted in December of five federal charges including sex trafficking of a minor. Prosecutors accused the UK socialite and Epstein, a multimillionaire, of plotting to lure and groom young girls into relationships with Epstein between 1994 and 2004. She is slated to be released from prison in 2037.

At FCI Tallahassee, inmates can participate in yoga, pilates, weights, softball, flag football, and frisbee, according to the Zoukis Consulting Group. Maxwell also will be able to watch movies at the prison, the prison consulting group’s website says.

Epstein was convicted of sex crimes in 2008 and was sentenced to house arrest in Florida. In July 2019, he was arrested on federal sex trafficking charges before he was found dead in a prison cell in Manhattan a month later, which the New York City Medical Examiner’s office ruled his death a suicide by hanging.

Maxwell’s 20-year sentence was shorter than the one sought by prosecutors.

“It’s been an incredibly long road to justice for myself and for many other survivors,” said Sarah Ransome, one of Maxwell’s and Epstein’s accusers. “This is for the girls that didn’t have their say, the ones that weren’t here.”

Judge Alison J. Nathan noted as she imposed the prison term and a $750,000 fine that Maxwell never expressed remorse for her crimes. The judge said she wanted the sentence to send an “unmistakable message” that nobody is above the law.

Four survivors at the sentencing described their sexual abuse, including Annie Farmer, who was briefly overcome with emotion as she addressed the judge. She said she and her sister tried to go public with their stories about being abused by Epstein and Maxwell two decades ago, only to be shut down by the powerful couple through threats and influence with authorities.

“We will continue to live with the harm she caused us,” Farmer said.

“We all know that the person who should have been sentenced today escaped accountability, avoided his victims, avoided absorbing their pain and receiving the punishment he truly deserved,” she said.