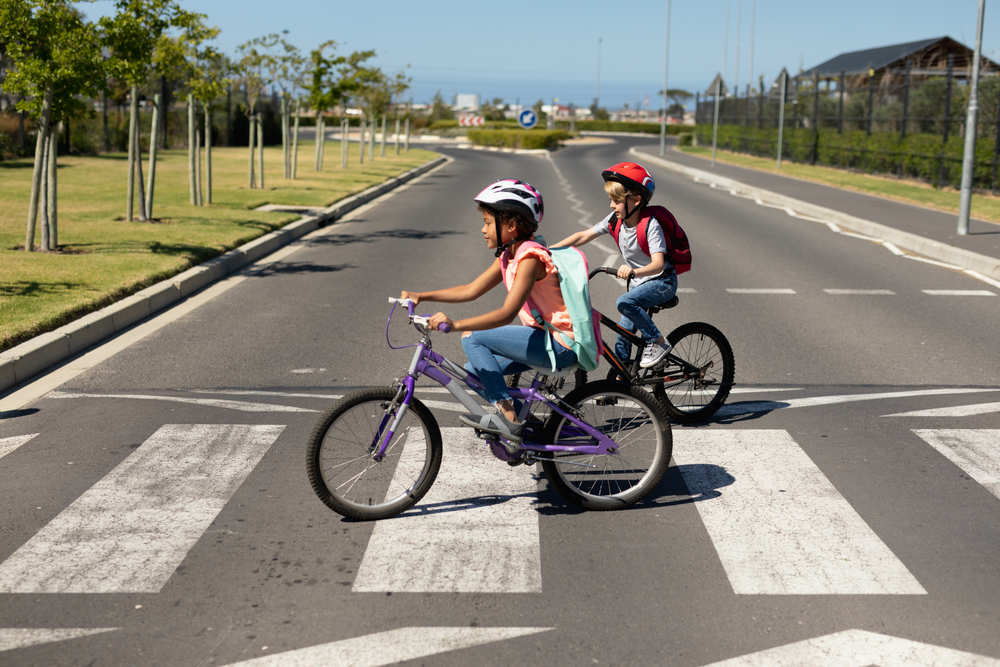 Getting Kids Walking, Biking to School Can Lead to Long-Term Fitness

Kids who walk, skateboard, or ride their bikes to school when they are young are more likely to keep it up as they get older, reaping the health benefits, recent research suggests.

“The walk to school is a wonderful moment in the day that provides children a glimpse of living an active lifestyle,” said study co-author David Tulloch, a professor of landscape architecture at Rutgers University-New Brunswick in New Jersey. “When people start walking early, it can have a lasting impact on their health.”

About 11 percent of kids in the United States walk or ride their bikes to or from school, according to the National Household Travel Survey. This rate hasn’t changed in a decade.

In the study, the researchers found that kids are much more likely to continue active commuting (traveling by foot, bike, or even skateboard) if they are taught to do it when they are young.

To see if active commuting stays the same over time, the researchers asked parents and caregivers about their kids’ school travel habits twice—two to four years apart—between 2009 and 2017. The families lived in Camden, New Brunswick, Newark, and Trenton, which are mostly low-income cities in New Jersey.

Tulloch and his team figured out how far away the school was and took note of the surrounding area.

The investigators found that more than 75 percent of kids who did active commuting at the study’s start still did it two to four years later. And few who hadn’t done it before started active commuting when researchers followed up.

Those who biked, walked, or skateboarded to school at the outset were seven times more likely to do so two to four years later, the study found.

“Most kids don’t achieve the 60 minutes per day of physical activity that they’re recommended to get,” said lead author Robin DeWeese, an assistant research professor at Arizona State University. “Active commuting to school is one way to get more of that activity.”

To increase active commuting, DeWeese suggests schools and communities encourage it in the early grades because it may continue to help students later on.

Distance between home and school had the largest and most consistent effect on the commute, Tulloch said. The distance to school often increases as kids get older and the likelihood of active commuting drops once they reach high school age.

“One of the most visited tourist sites in New York City is the High Line, a green walkable space with no cars,” Tulloch said in a university news release. “We should be doing this type of planning everywhere—especially in school zones.”

The findings were published in the journal Preventive Medicine Reports.