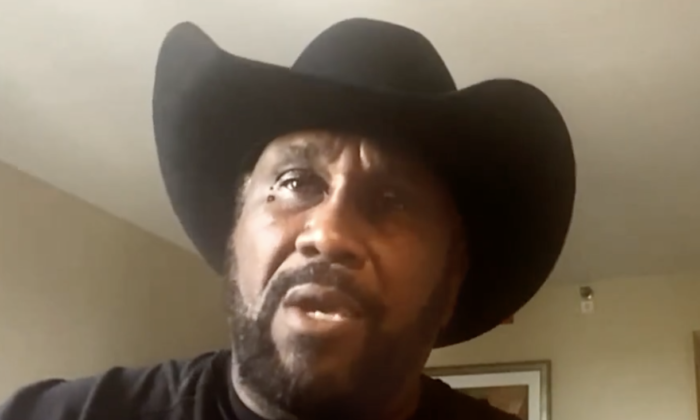 ‘Get Ready for High Cost of Food’: President of Farmers’ Association

As the world comes out of two years of pandemic lockdowns and restrictions, inflation continues to rise and affect U.S. energy and food prices. Family farms that make up the majority of U.S. food suppliers are having difficulty meeting their operating costs, with prices of seeds, fertilizer, and gas doubling and tripling.

The president of the National Black Farmers Association, John Boyd Jr., is urging the Biden administration to put an emergency loan fund in place to help family farmers with operating costs. Otherwise, he warns that in addition to high costs of food, there will be food shortages.

“America, get ready for the high cost of food and hunker down,” Boyd told EpochTV’s “Facts Matter” program in a recent interview.

“[Family farmers are] still the number one producer for corn, wheat, and soybeans. And we have to do all we can to make sure that farmers get those crops in the ground and have the resources readily available at the time of planting and harvest,” said Boyd.

According to the U.S. Department of Agriculture (USDA), small and midsize family farms account for 88 percent of U.S. food production.

Boyd said the cost of operating his farm has doubled, and in some cases tripled, with fertilizer now costing $1,050, up from $400 in 2021. And the costs of running the farm have to be paid upfront, Boyd said.

According to USDA estimates from 2021, fertilizer is a key element in the production of wheat, soy, and corn. It amounts to an average of 36 percent of a farmer’s operating costs for corn and 35 percent for wheat.

Boyd is urging the Biden administration to immediately assist smaller farmers with the burden of these rising operating costs.

Boyd said there is an urgent need now for help, and that farmers only have a short window of opportunity to their crops in the ground.

In May, the Biden administration announced that it was increasing the number of farms eligible for double cropping insurance, cutting costs by increasing technical assistance for technology-driven “precision agriculture” and other nutrient management tools, and increasing funding for domestic fertilizer production.

These steps are good but not enough to mitigate the immediate financial hardship farmers are facing because of high inflation, said Boyd.

We should not take our food supplies for granted, because the process of production is being disrupted and, if not immediately remedied with federal aid, will lead to food shortages, said Boyd. He explained that the United States leads in producing the crops of wheat, soy, and corn, and the many other commodities that these crops are used to make are also in jeopardy.

“There’s a process by which a farmer produces that commodity and they wind up in other things, such as corn flakes and corn syrup, and other fruits and vegetables show up in the supermarkets. The farmer produced those crops, you know, they just don’t come out of air, people. We need to support [farmers] right now, in our time of need,” said Boyd.

Boyd said the lack of wheat, soy, and corn would impact all sectors of the food industry, including poultry and meat production.

“And I want to say this: the plea for help isn’t Republican or Democrat. You know, food is independent. You know, land knows no color, land knows no politics. You have to make sure that we have the ready resources that we need right now, to get those crops in the ground.