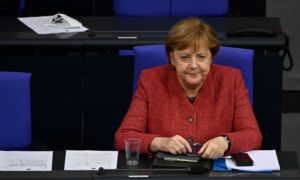 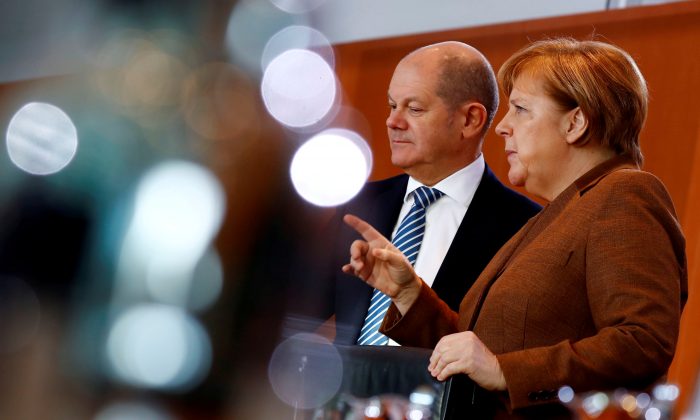 According to data published by Germany’s federal election commissioner on Monday morning, Social Democrats (SPD) won 25.7 percent of the vote, ahead of 24.1 percent for Merkel’s CDU/CSU conservative bloc. The Greens came in at 14.8 percent—their best ever result—and the liberal Free Democrats (FDP) were on 11.5 percent.

The Social Democrats’ candidate, Olaf Scholz, said the election outcome was “a very clear mandate to ensure now that we put together a good, pragmatic government for Germany.”

Scholz, 63, a former mayor of Hamburg, must now reach out to the smaller parties to attempt to form a coalition and secure a majority in parliament. He said he hoped to do so before Christmas, however, his conservative rival Armin Laschet, 60, said he believes he could attempt to form a government despite coming in second.

Merkel will remain in office while coalition negotiations take place.

The SPD is likely to seek an alliance with the Greens and the FDP, although the two parties could also team up with the conservatives.

“The SPD is in first place. We won the election,” Lars Klingbeil, the SPD general secretary, told ARD television, adding that the party would fight to make sure Scholz becomes the next chancellor.

Klingbeil said Scholz will meet with the Greens and the FDP on Monday about forming the next government.

The election of the country’s new chancellor will only take place until a governing coalition has been formed—a process that could take months.

“To name an exact date would be absurd, but it must be the case that I, that we, do everything to ensure that we are ready before Christmas—a little earlier would also be good,” Scholz said on Sunday night.

“We have what it takes to govern a country,” Scholz added. “Let’s wait for the final results, but then we will get down to work.”

Laschet similarly called for a government to “definitely” be formed before Christmas.

“We cannot be satisfied with the results of the election,” Laschet said.

“We will do everything we can to build a conservative-led government because Germans now need a future coalition that modernizes our country,” he added. “It will probably be the first time that we will have a government with three partners.”