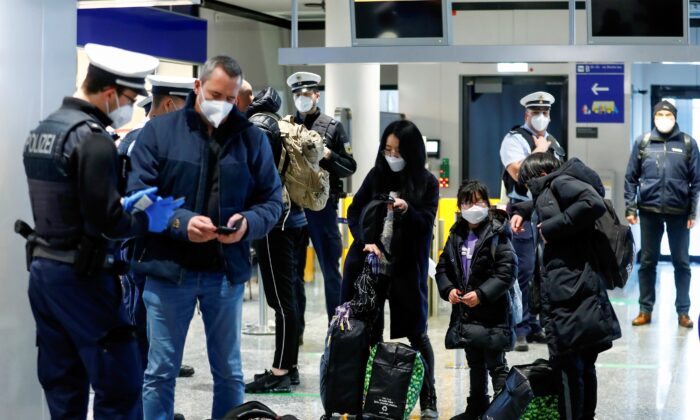 Germany’s minister of health, Jens Spahn, said the COVID-19 state of emergency that was implemented last year could soon end next month, although several states have moved to implement stricter vaccine mandates in recent days.

Specifically, he said that the special rules relating to the pandemic could end on Nov. 25 when they were slated to expire. The decision on whether to extend the federal emergency powers lies with Germany’s Parliament, known as the Bundestag.

“This means the state of emergency that has been in place for almost 19 months since March 28, 2020 will end,” Spahn told Bild on Monday.

Without elaborating more, the minister added that Germany is moving from “a state of emergency to a state of special caution.” Certain rules and regulations that were implemented during the COVID-19 pandemic won’t be used by the spring of 2022, he said.

The Robert Koch Institute, Spahn continued, now classifies the risk for vaccinated people as well as the risk of overburdening the health system as “moderate.”

But some other German officials suggested that the emergency could be extended or re-implemented later.

“Determining the epidemic situation is a matter for the new Bundestag,” Bavaria’s health minister Klaus Holetschek was quoted as saying by The Local. “Among colleagues of the health ministers of the states we agree that—regardless of the determination of the epidemic situation—it would be important to have a uniform legal framework in order to continue to take targeted measures.”

Germany’s COVID-19 state of emergency was first approved by the Bundestag in March 2020.

In recent weeks, some German states have begun to tighten rules around vaccinations. The government of Hesse confirmed to The Epoch Times on Monday that after a recent Frankfurt court ruling, all retail shops—including food stores and supermarkets—have the option of mandating vaccine passports.

However, the spokesperson with the Hesse government noted that the move is a “purely voluntary option regulation,” and the government does not “expect comprehensive implementation in practice … especially not in grocery stores or shops for everyday needs.”

The government, the spokesperson continued, will “always keep an eye on the question of necessary basic supplies for all people,” according to a translation.

Elsewhere in Europe, both Sweden and Norway moved to rescind their COVID-19 restrictions in September.

“It is 561 days since we introduced the toughest measures in Norway in peacetime … Now the time has come to return to a normal daily life,” Norwegian Prime Minister Erna Solberg told a news conference in late September.