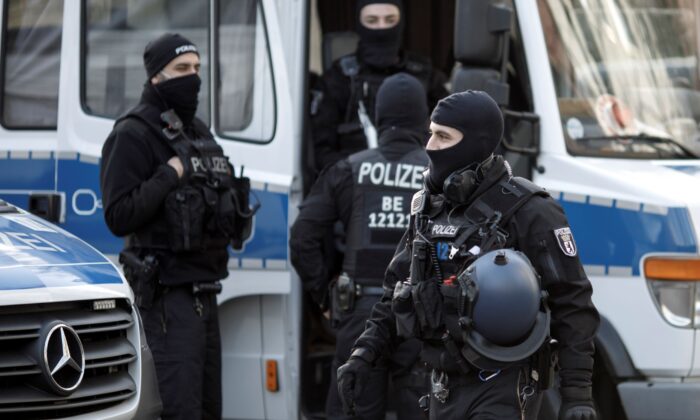 BERLIN—Germany and Swiss authorities have carried out a joint operation to detain four people who are accused of membership in or support of the ISIS terrorist group, officials said Tuesday.

One man was detained in Germany on Monday. He is accused of having prepared a serious act of violence endangering the state and of membership in a foreign terrorist organization, the country’s federal prosecutor said in a statement.

Germany’s federal prosecutor’s office said the German suspect, identified only as Aleem N., had “long been a follower of jihadist and radical Islamic ideas.” He was detained in Roemerberg, southwest of Heidelberg.

In mid-September 2020, he traveled from Germany to Turkey in order to continue from there to Syria. In Syria, the defendant wanted to join ISIS, to receive military training, and then participate in combat operations or terrorist attacks. However, this did not happen, and instead, the defendant returned to Germany at the end of October 2020, the statement said.

Since April 2021, N. had carried out extensive propaganda activities for the group. His main task was to translate official ISIS texts, videos, or audio messages from Arabic into German and to distribute them on various channels of the messenger service Telegram in German-speaking countries.

In addition, N. probably underwent a telephone interview by ISIS officials in late fall 2021, the statement said. The purpose of this interview was to verify the defendant’s reliability, as he had once again planned to travel to ISIS operational areas. That attempt failed again in January 2022, the prosecutor’s statement said without giving any further details.

The three suspects in Switzerland were detained in the cantons of Zurich, St. Gallen, and Lucerne. No further details were released.